THE world today is comparatively well informed about the fate of the compulsion workers in the Soviet Union. But little is known about the concentration camps where conditions are so gruesome as to be almost unbelievable. Many people find it difficult to realize that this state of affairs can exist in the twentieth century.

This explains why the descriptions about compulsion labor in the Soviet Union are sometimes skeptically received. This presentation of investigations is, therefore, based exclusively on actual reports of the government-controlled Soviet press and official governmental records. The photographs are also taken from official Soviet sources thereby providing- a possibility for everyone to verify for himself the interpretations. We wish to point out that all illustrations in this brochure are true reproductions of originals as they appeared in the official Soviet publication: “Stalin White Sea Canal”or in Soviet newspapers. We could not afford to disturb the poor quality of these pictures by retouching them as they reflect true conditions existing in the U. S, S. R. It is not our aim to present a complete and exhaustive account of the actual number of prisoners, the numbers put to death, the distribution of concentration camps, etc., but rather to give a cross cut of the life of those condemned to this form of living death — true and without exaggeration as conditions really are.

Here we have the photographic evidence that the USSR was a Jewish murder machine. The faces of the killers – Berman, Firin, Yagoda, etc. are clearly shown. The only posible objection is that a Nazi German wrote the booklet. But since Jewish scholars themselves admit the same facts, there is no issue. Read the book, look at the faces – and then ask yourself why the Jew media conceal the facts.This is enlightening account of the most brutal penal system ever devised. Not only was the Gulag concentration system as inhumane as can be devised, but the scope and numbers of people worked to death and slaughtered for their jewish masters is hard to comprehend. In the Soviet concentration camp system, there was no medical treatment even permitted, starvation was par for the course, people were treated  lower than animals. The death toll wasn’t 300,000 or 6 million it was in the tens of millions. The book shows that jewish run camps were the most brutal of all camps ever built.

Communism as an idea is entirely anti-European–such as Judeo-Christianity or Islam–yet we have had to endure it. Where have such ideas come from? Who is responsible for introducing these ideas? Who brought this plague upon us? Why?

Solzhenitsyn: The “Conscience of the 20th Century”

Historian Solzhenitsyn’s gut-wrenching book, Gulag Archipelago, went through countless printings—in over 50 languages—and touched the hearts of westerners. Expelled by the Kremlin for telling the awful truth, this great man was honored by freedom-loving people both in the United States and in Europe. He was often called the “Conscience of the 20th Century” and recognized universally as one of the globe’s prime examples of bold courage and moral conviction. Even the liberal press initially had nice things to say about Solzhenitsyn. They were reluctant to go up against a man so honored for high moral stature, and recognized by so many as a truthteller of the highest character.

Then, the historian and truthteller Solzhenitsyn made what was, to liberals and communists, a grave error. Asked at a press conference his opinion on why the terrible events behind the Iron Curtain had occurred, why millions were carted away, tortured, starved and worked to death in Gulag slave camps, Solzhenitsyn gave this simple, yet startling, response: “Man has forgotten God.”

“What did you say? God? Outrageous!” the critics roared. Immediately, the world’s press began a reversal of opinion about this man they once had lionized. Some called him a “Christian fanatic.” Others said Solzhenitsyn was “reactionary…right wing…a religious nut.”

Then, in 2000, Solzhenitsyn released a blockbuster new book he had penned entitled Together For Two Hundred Years. The new book was a lengthy treatise, a thorough and far-reaching compilation of several decades of research by Aleksandr Solzhenitsyn into the machinations for two centuries of Jews inside Russia and the Soviet Empire.

Accurate in every detail, painstakingly documented, the author showed how, over the centuries, a small band of revolutionary Jews had conspired and plotted to overthrow the Russian Czars. Their aim: seize control of Czarist Russia and establish a beachhead for a Jewish utopia on planet earth—the long sought after Kingdom of the Jews.

The Gulags of the Jewish Revolutionaries

With staggering implications, Together For Two Hundred Years showed how Lenin, Trotsky and other Jewish conspirators had overthrown the Romanov dynasty in 1917 and set up their own Bolshevik totalitarian system. The result: The nightly assassination and roundup of thousands of innocent men, women, and children, most of whom were herded by black-hearted Big Brother secret police into thousands of monstrously evil Gulag concentration camps.

The largest number of victims, Solzhenitsyn reports, were Christian believers, understandable since the revolutionary Jews despised and hated Jesus and His Chosen People, the Christians. All-in-all, about 66 million innocent people were kidnapped and eventually died a hideous death at the hands of the Jewish “Ivan the Terrible” corps.

66 million murdered by mostly Jewish Gulag overlords! That’s over ten times the number of Jews claimed to have been slain in Nazi concentration camps.

Obviously, such a powerful—and truthful—book as Together For Two Hundred Years must be suppressed. And it has been. No English-speaking publisher, either in Britain or in the U.S.A. has dared to publish it. So far, Solzhenitsyn’s book has only been issued in the Russian language.

Shamelessly, yet quietly and without a lot of fanfare, Jewish organizations have put out the word: “Crush this insolent wretch, Aleksandr Solzhenitsyn. Give his works, his voice no forum, kill him with neglect. If you must mention his name, say it with scorn and with taunts and ridicule. Punish him severely for attempting to reveal our secrets to the world. Let him be an example of what the Jewish Power can do to a man who stubbornly refuses to tow the Zionist party line.”

I have seen what they have done to Solzhenitsyn. I have read their biased and spiteful reviews of his book in the controlled media and witnessed their revengeful hatred of him in countless Jewish magazines, websites, and journals influential but relatively unknown to the public at large. The ruthless Jewish Power clique works to kill men in a variety of ways. With Mel Gibson, it was more public. With Solzhenitsyn, it is more personal and private. Clearly, Solzhenitsyn’s writings about the Jewish leadership of the Soviet Holocaust is viewed as a grave threat to the Jewish Plan for global supremacy.

In Russia, millions of people—many of them survivors of the Gulag—still love and respect the aging man of God, Aleksandr Solzhenitsyn. They have read his newest book, and they know it is true. They lived it! They also well understand why such a book is being kept from the American people. The Talmudic Jews are fiercely determined that the whole truth about their repugnant, geno-cidal crimes be covered up. Solzhenitsyn’s reputation must be progressively tarnished and his writings buried forever.

So now, the man, Solzhenitsyn, who suffered under the Jewish Gulag tormentors for so long, must now be tortured once again, and for the same purported “crime,” the offense of using “words.”

It was Lenin who once said, “Words are more deadly than bullets.” Leninist ideology is truly an exemplar of the poisonous Talmudic Jewish mindset. Today, in America, there are, consequently, many things a man cannot say, cannot write about, and cannot publish. I know. I have, myself, faithfully followed God’s calling and done my best to follow in Solzhenitsyn’s footsteps. The Jewish holocaust revisionists have punished me, too, and they continue today to threaten and bully whip me and Power of Prophecy ministries.

Like Mel Gibson and Aleksandr Solzhenitsyn, Texe Marrs is now being falsely and cruelly branded an “anti-Semite,” a “Jew-hater” and worse, on all seven continents.

Fascinating, isn’t it, how much fury, venom, and wrath just a touch of truth can whip up among the Jewish overlords and their Gentile accomplices, who today guide Western culture and minutely monitor and control every aspect of media reporting on politics, economics, and religion.

The Fearless Few Are Hated

Their greatest hatred, their most vicious spewing of venom, is reserved for the fearless few who dare to reveal to the world the heinous crimes committed by the Jewish Power in the Communist Gulag, especially the Zionist murder of 66 million men, women, and children, many of them Bible-believing Christians.

Equally hated are men like Ernst Zundel of Canada, who have questioned whether six million Jews actually died in a Nazi Holocaust. But even if six million died in a Nazi Holocaust, what of the sixty-six million who perished in the Jewish Gulag? And remember: Thousands of Nazis have been tracked down and punished for their reported crimes against humanity. Why is it that not even one Zionist Jew has ever been brought to justice for the heinous crimes committed in the Jewish Communist Gulag? Why?

For almost six decades, America and the planet have been preaching to the Germans, reminding them of the terrible crimes of their Nazi ancestors. It is only fair and just that we all now turn our attention to the Communist Gulag Holocaust, that we expose the Jews’ role in its monstrous crimes and remind the Jews of what their criminal ancestors did to these sixty-six million innocent victims, most of whom were Christians.

Isn’t it also time we demand construction of a Christian Holocaust Museum in Washington, D.C., to be erected next door to the existing taxpayer-funded Jewish Holocaust Museum? Is only the suffering of Jews worthy of being memorialized? What about the pain and suffering endured by so many other ethnic and religious groups, including that of Russian and Eastern European Christians during the Jewish Bolshevik era? Don’t these tens of millions of Gentiles killed and tortured deserve to be remembered as well? 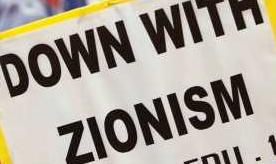 5 comments on “Jewish-Run Concentration Camps in the Soviet Union”