The Meaning of Antibodies (satire)

1. Antibodies are very important for our immune system in getting over viral and bacterial diseases. We make non-specific IgM Antibodies (Ab) initially then specific IgG Ab later. Once we make IgG we are immune for life against that pathogen.

2. An example of this is with mumps, mumps is caused by a virus, we get the disease once, make IgG antibodies and are immune for life.

3. Another example is measles, we test for IgG and prove we are immune for life, well except that in a Supreme Court case in Germany it was shown that the measles virus doesn’t exist, never mind.

4. Another example is chickenpox, we get chicken pox once and never again due to IgG antibodies, except if we get shingles which is also chickenpox, but well that’s different.

5. If we have AIDS we test for the presence of Ab, if we have them we know for sure that we have a deadly virus which will soon kill us. That’s because the HIV virus is “smart” and knows how to evade the Ab unlike the mumps virus which is stupid and doesn’t. The measles virus doesn’t exist and the chickenpox virus is smart-ish.

6. Another example is Hep C, again if your liver is falling apart you can be tested for Ab and if they are positive it means you have a deadly virus which is eating your liver. This is clearly another example of a smart virus.

7. With rhino virus, the cause of the common cold, we, naturally develop antibodies to the virus, but this virus is very smart (seeing as how it jumped to humans as a result of the unfortunate tendency of Africans to eat rhinos ) and many of us get colds year after year in spite of the presence of antibodies.

8. Similarly the influenza virus is very, very smart and unlike the measles virus which not only doesn’t exist but has remained constant in its non-existence for centuries, the flu virus changes its form yearly. This is undoubtedly because the flu virus is so smart it has included flu vaccine companies in its stock market portfolio. I wish I were as smart as the flu virus.

8. If you have Covid and you test positive for Ab it means you either had the virus or you didn’t have the virus. Also, it is clear evidence that you were either sick or not sick. That’s because the corona virus is so smart that it can trick you into either making Ab or not to throw off the immunologists.

Hope this makes it perfectly clear. 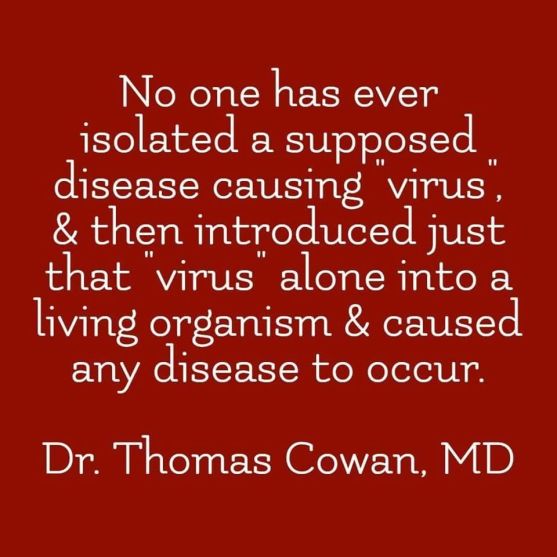 This is from a mail sent out by the Informed Consent Action Network (icandecide.org)

“The vaccines on the CDC’s childhood vaccine schedule given to babies during the first six months of life include over 3,500 mcg of aluminum adjuvant, a known neurotoxic substance which can damage nerves and kills cells.

The dangers of aluminum based adjuvants have been well documented. Animals injected with aluminum adjuvant, for example, suffer various neurological deficits. In 2017, ICAN even published a white paper summarizing the science which explains how aluminum adjuvant can cause neurological impairment when administered to babies.

Given the foregoing concern, a FOIA request was submitted to the National Institute of Health (NIH) requesting “copies of any human or animal studies involving the subcutaneous or intramuscular injection of aluminum adjuvant relied upon by the NIH to establish the safety of injecting infants and children with aluminum hydroxide, aluminum phosphate or amorphous aluminum hydroxyphosphate sulfate.”

The NIH engaged in an extensive search that included having the following institutes within the NIH search for responsive studies: the NIH Office of Intramural Research (OIR), the National Institute of Allergies and Infectious Diseases (NIAID), and the Eunice Kennedy Shriver National Institute of Child Health and Human (NICHD).

But despite their extensive search, the NIH finally conceded that “no records responsive to your request were located.” This admission is incredible. Despite injecting babies with thousands of micrograms of this toxic substance, known to cause cellular and neuronal death, the scientific medical brain trust of this country, the NIH, does not have a single study involving the injection of this substance that would support its safety. This may be because all of the studies involving injection of aluminum adjuvant reflect its dangers.”

It’s for the greater good.”
“Don’t worry about your child’s depression because she can’t figure out how to navigate the online classes and she misses her best friend.

“Don’t worry about your Aunt who can’t get treatment for her cancer. Her sacrifice is saving lives…just not hers.

It’s for the greater good.”

“Make sure you call DCS on your neighbor for letting her kids go outside to play! Don’t worry when the stranger takes her kids while they cry out for their momma.

“Don’t worry about the looters and people burning down your town. They’re peaceful.

HOW DID THEY CONVINCE VICTORIA, AUSTRALIA TO:

▪️social distance
▪️mask up
▪️have no funerals
▪️forcibly homeschool while still taxing us for public education
▪️stay in homes
▪️stop going to church
▪️forfeit incomes and personal businesses
▪️turn on your friends and neighbors with a phone number
▪️hug grandparents through plastic
▪️thoroughly have people on the verge of civil war with each other.

ALL TO TURN AROUND AND TELL US THAT MOST OF IT IS NIXED AND COMPLETELY NEGATED, IF WE WANT TO:

…and all the while, we’re allegedly at tremendous risk of an oh-so-deadly virus that can be diagnosed without official testing, or with so-called testing being counted & reported dishonestly, and reported on death certificates even if we die by falling off a cliff…
…and even though it’s super “dangerous”, the things that actually keep us healthy, like:

THINK ABOUT IT. THINK HARD. IT’S RIGHT IN FRONT OF YOU.
Shared from another post. 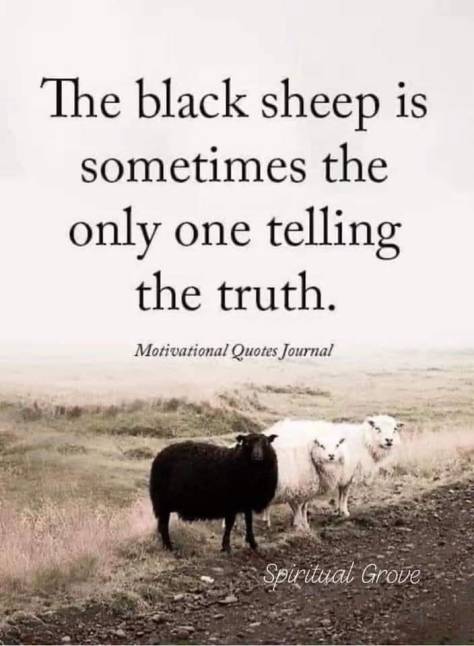 A YOUNG GIRL REFUSING TO Wear A MASK AND SHE IS BEING CHOKED.

Excuse the vulgar language, but who wouldn’t be furious by such a gestapo style treatment ?! Australians have never before experienced such oppression. 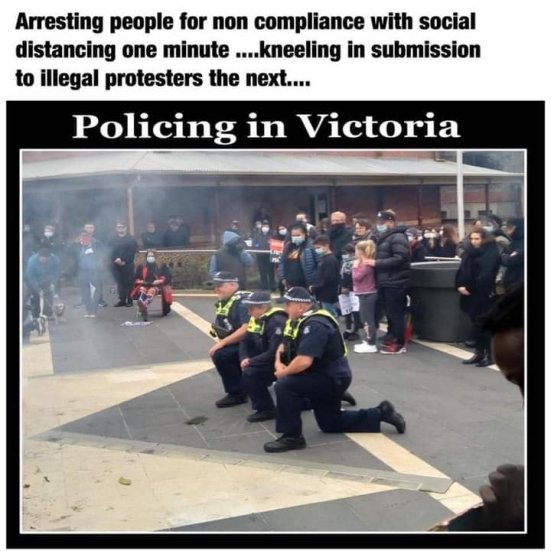 This entry was posted on August 14, 2020 by HKW in Coronavirus, Health, Uncategorized and tagged Antibodies, Facebook post, Satire, The Meaning of Antibodies, Thomas Cowan MD, Vaccines.