I don’t see an end to this until all survivors are dead. This lie of being a survivor goes on and on and many claim it for financial reasons and others for personal narcissistic ones going as far as getting a tattoo.

When someone is debunked as being a Holocaust survivor is only adds validity to Holocaust deniers that the event never really happened.

These individuals always have some sort of altruistic excuse that they were just trying to carry the message of hope, but in reality they are low-lives that need to be held accountable.

Sadly when looking into the lives of those who claim to have survived the Holocaust because of the severity of what happened we just accept what the person says with good intention, because how could someone lie about the torture and murder of their people?

Believe me, it’s not unusual, simple historical research usually identifies the frauds but either we are fearful or sensitive and don’t want to stir the pot.

It’s my belief that we must look deep if we are to accurately record history. We cannot simply accept the claims of everyone who says they have been in the Holocaust. For myself I have drawn criticism for stating a case that I think may be fictional, but it is imperative as historians to state the obvious.

Don’t just believe people based on tragedy and sympathy. There are many dishonest and disturbed people that will take advantage of the good heart.

In the United States if you claim to be a veteran and you aren’t it’s illegal. Maybe we should apply this in other areas.

During the years Joseph Hirt visited his local schools, he would talk to the pupils about the horrors endured by those sent to the Nazi death camp at Auschwitz.

So many people died, so many suffered. Those who survived – such as himself – were lucky.

His stories were powerful, moving. The only problem is that they were not based on first hand experience, as he had claimed. This week, the 91-year-old admitted in a 15-page letter sent to the local media, that he was never a prisoner at the camp, where an estimated 1.1million people died.

“I am writing today to apologise publicly for harm caused to anyone because of my inserting myself into the descriptions of life in Auschwitz,” wrote Mr Hirt from Adamstown, Pennsylvania.

“I was not a prisoner there. I did not intend to lessen or overshadow the events which truly happened there by falsely claiming to have been personally involved.”

Mr Hirt’s admission came weeks after his story of escaping from Auschwitz in Nazi-occupied Poland was questioned by Andrew Reid, a history teacher in Turin, New York. Mr Reid and several students attended an April presentation by Mr Hirt and the teacher concluded that many of the speaker’s claims did not add up, the Associated Press said.

He launched his own investigation, which culminated in a 25-page letter he sent to media outlets and organisations that had written about or hosted Mr Hirt. Those organsations unknowingly perpetuated “his false claims to an even greater audience,” said Mr Reid.

Among other findings, his research indicated that the identification number tattooed on Mr Hirt’s arm was actually that of another prisoner.

Mr Hirt apologised to Mr Reid in a phone call earlier this month, according to Mr Reid, who said he pushed him to make his apology public.

In his letter, Mr Hirt recounted a visit he made to Auschwitz several years after World War II and said he was determined “at that moment to prevent the loss of the truth” about life and death at the concentration camp. 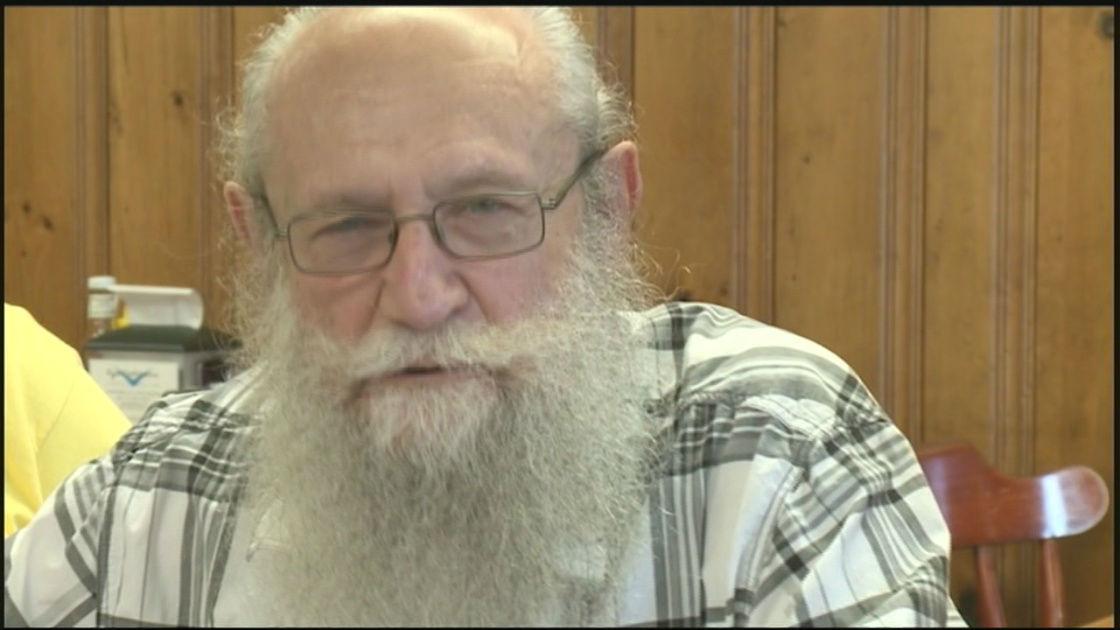 Joseph Hirt talked about his ‘experiences’ for many years (YouTube)

In his letter of apology, Mr Hirt explained that he had the number of author Primo Levi, 174517, tattooed on his arm in his memory after reading Levi’s accounts of surviving Auschwitz. Hirt said he got the tattoo after Levi committed suicide in 1987.

“To commemorate his life and as a constant reminder to myself of his influence on my thinking, I had his camp number tattooed on my left forearm – in no way an attempt to take on his identity, but in an effort to incorporate his symbol as a way of remembering him and mourning his loss,” he said.

The Lebanon Daily News said that while Mr Hirt’s claim was untrue, his story of survival during World War II was in its own way remarkable.

He and his family moved about Yugoslavia and eventually sought refuge in Italy but were captured and placed into an interment camp there. When allied troops invaded the country they were freed and placed in a refugee camp before being selected to come to the US, to where they were eventually allowed to emigrate.

How do we separate the truth from the lies when reporting war crimes?

In his letter, Mr Hirt said he was seeking help from his pastor and consulting with a mental professional “to try to understand how I swerved off in my presentations in a direction should not have been taken”.