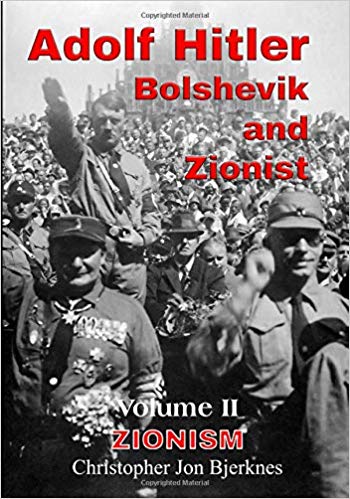 Jewish financiers and Zionists installed Adolf Hitler as a murderous dictator in fulfilment of Herzl’s plan to use anti-Semitic governments to force Jews to emigrate to Palestine against their will. The Nazis  stated that the final solution of the Jewish problem was to establish a Jewish State. This echoed Herzl and the Zionists to the letter.
Adolf Hitler- Bolshevik & Zionist Vol. II is available here
by Christopher Bjerknes
(henrymakow.com)
The Nazis implemented the Transfer Agreement, which allowed Jews to take their wealth to Israel in the form of German machinery and products. This provided the means to create Israel. The Zionists blocked all major boycotts and atrocity propaganda against the Nazis. They did this to keep Hitler in power. Jewish leaders prevented the friendless and persecuted Jews of Europe from emigrating to any destination other than Palestine.
Once they had enough Jews in Palestine, they cut off that escape route, as well. The Nazis and Zionists handpicked select Jews to survive and those who would perish. They did this to terrify the world, to atone for Jewish sins and as part of a Eugenics program to kill off old, very young and weaker Jews, so that only the fittest Jews would survive and form the Nation of Israel. Biblical prophecy called for this new flesh for the old bones of Jewry. 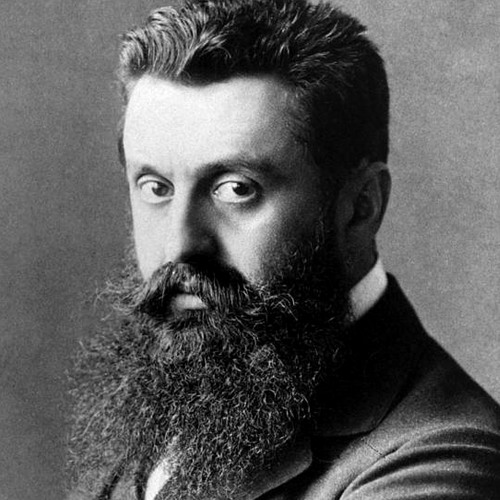 Theodor Herzl (1860-1904) planned these events in 1895 and published his proposal in 1896 in a booklet entitled, “The Jewish State”. Herzl declared that anti-Semites would do for the Zionists what they could not do for themselves. Anti-Semites would drive the needed number of European Jews to Palestine.
“”
Zionist Jews planned the Transfer Agreement some 38 years before they installed Hitler as Chancellor of Germany. It did not arise spontaneously as a reaction to Hitler.
The father of modern political Zionism, Theodor Herzl wrote in his diary, “The anti-Semites will become our most dependable friends, the anti-Semitic countries our allies.”
Excerpts
“Adolf Hitler was the Zionists’ modern day Pharaoh–some Jews even considered him to be their literal messiah.
Zionist Max Nordau wrote in 1905, “Anti-Semitism has also taught many educated Jews the way back to their people.”
Hitler’s carefully orchestrated and scripted anti-Semtism was engineered for the service of the Zionist cause. The anti-Semitism the Zionists prepared for Hitler was racial and political, not religious. Therefore, Jews could not escape his oppression by assimilating or converting to Christianity.
Edwin Black stated in his book The Transfer Agreement, “While [Hitler] was preaching the doctrine of Jewish expulsion, someone from the crowd hollered something about human rights. Hitler answered sharply, ‘Let him [the Jew] look for his human rights where he belongs: in his own state of Palestine.’32 [***]
Writing in 1920 in the Nazi newspaper Die Spur, Alfred Rosenberg demanded that Germans lay aside all feelings of antipathy: ‘Zionism must be actively supported so as to enable us annually to transport a specific number of Jews to Palestine, or, in any case, across our borders.’33 [***]
Leo Motzkin, head of the Committee of nine Jewish Delegations in Geneva emphasized the ‘undeniable fact that young German Jewry, even from the fifth category, are turning to Jewish nationalism. What we have not been successful with during 30 years, Hitler has accomplished for us overnight.’12 [***]
Throughout it all, leading Nazis would regularly declare the need for a Jewish State.
“In the fall of 1933, in Nuremberg, on Reichsparteitag, Reichsjustizkommissar Hans Frank stated that the Nazi government sought to create a “Jewish State”, “Despite our will to deal with the Jews, the security and the life of the Jews in Germany is not endangered by the State, the Reichsamt and also the legal system. [***] The Jewish question is to be legally solved by undertaking the establishment of a Jewish State.”
Jewish leaders helped to put Hitler into power in order to herd up the Jews of Europe and force them into segregation. Jews collaborated with the Nazis to kill off the weakest Jews and preserve the best genetic stock for deportation to Palestine, which could not possibly house the numerous Jews of Europe.
Western Jews in general hated Eastern Jews. Political Zionists encouraged the Nazis to force assimilatory Jews and Eastern Jews into segregation. They also encouraged the Soviets towards anti-Semitism in order to leave “red assimilationist” Jews no option but to create a Jewish state in formerly Russian territory, in China, or in Palestine, or face annihilation. The worst enemy of persons of Jewish descent has always been the Zionist, especially the Zionist in anti-Semite’s clothing. p.173
The Nazis have been accused of selecting Jews for survival as working slaves, while choosing others for immediate extermination. Were the Nazis picking the fittest Jews in order to have the fittest workers, or were they providing the Zionists with the best stock for the Palestinian project, while eliminating Jews who might be a burden to the Zionists?  p.144
—
Related –  According to historian Thomas J. O’Keefe, Churchill said in his Memoirs that ex-German Chancellor (1930-1932) Heinrich Brüning revealed the identities of Hitler’s backers in a 1937 letter:
“I didn’t, and do not even today for understandable reasons, wish to reveal from October 1928, the two largest regular contributors to the Nazi Party were the general managers of two of the largest Berlin banks, both of Jewish faith and one of them the leader of Zionism in Germany.”
https://vk.com/wall516718524_7
————Hitler was a Godsend to Israel
—————– Did Zionists Create Hitler?
—————– Bormann Ran Hitler for the Illuminati
—————– Bormann and Hitler Were Traitors
—————– Did Zionists Help Plan the Holocaust?
First Comment from Chris G
Even with the cat out of the bag that Hitler is a Zionist Jew and a Rothschild they still have the nerve to gaslight us with mini series like “Hunters” where Jews hunt Nazis. All the top ranking Nazis like Mengele came from top notch Jewish families. Why don’t the Nazi (National Socialist Zionist) hunters go to Bordeaux, France and capture the biggest Nazis of all time while they are sipping wine – The Rothschild Family? Because it’s all one big gas-lighting smokescreen!
https://corruptico.com/2018/09/30/eu-crypto-jews/
Even when the truth comes out the media tries to confuse us. The announcer mistranslates the inscription “EIN NAZI FAHRT NACH PALESTINIA” on the Transfer Agreement saying 6min54sec in that “A NAZI VISITS PALESTINE”. I took enough German in High school to know that is NOT what it says.
It says: “A NAZI DRIVE TOWARDS PALESTINE” !
https://www.youtube.com/watch?v=zXToLHiDUnY
https://www.ynetnews.com/articles/0,7340,L-5072424,00.html
=================================
Original article here:   https://www.henrymakow.com/2020/03/Bjerknes-Zionists-Created-Hitler-as-their-Pharaoh.html

2 comments on “C.J. Bjerknes – Zionists Created Hitler as their Pharaoh”