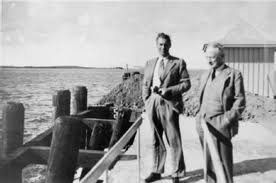 A meeting between F.W.Winterbotham, Head of the Air Section in the British Secret Intelligence Service (MI6), and SIS agent Baron de Ropp, right, on the Baltic shore in East Prussia, 1936.

Was Baron William de Ropp (1886-1973) Hitler’s British handler? “When Churchill was questioned in Parliament about British failure to support [German army efforts to overthrow Hitler,] he replied that the government had a deliberate policy of not dealing with German nationalist leaders who were considered to be a greater evil than Hitler.”  (OMG)


The name “Baron Willam de Ropp” isn’t well known. There is just one photo available, and only a short Wikipedia entry. Yet he was a British agent who may have been Hitler’s handler.

Hitler’s “daring” diplomatic & military coups, which astounded the world, were based on advanced knowledge of British intentions provided by de Ropp. He adds credence to the argument that the Illuminati created Hitler to foment world war.

According to Ladislas Farago, William de Ropp was “one of the most mysterious and influential clandestine operators” of the era. Born in Lithuania in 1877, educated in Germany, he moved to England in 1910.  After serving the British in World War One, he moved to Berlin and contacted fellow Balt, Nazi theoretician Alfred Rosenberg who introduced him to Hitler.

De Ropp worked closely with Rosenberg, who headed the Nazi Party Foreign Office. The Nazis considered him their agent in England where he organized support for the Nazi cause among a powerful segment of the Britsh elite known as the “Cliveden Set.”  He organized visits of high officials and exchanges of information. In this congenial atmosphere, the Luftwaffe naively opened its secrets to the British. This was part of a larger Illuminati plan (“Appeasement”) to make Hitler think England would support his conquest of Communist Russia.

Farago: “A close personal relationship developed between the Fuhrer and de Ropp. Hitler, using him as his confidential consultant  about British affairs, outlined to him frankly his grandiose plans…a trust no other foreigner enjoyed to this extent.” (“The Game of the Foxes” p.88)

In  “King Pawn or Black Knight,” (1995) Gwynne Thomas writes:   “The Nazi leader took an instant liking to him, particularly when he discovered that de Ropp had powerful connections among English society and was well informed about much of what was happening in London. De Ropp not only enjoyed [Hitler’s] confidence but became his spokesman in dealings with the many important British people Hitler wished to influence…there is strong evidence that de Ropp was instrumental in raising funds in the City of London to finance several of the Nazi election campaigns which ensured that by the end of 1933 the Nazi party was totally established and in control.”  (p.25)

A British agent funded, advised and represented Hitler. At what point was Hitler himself a “British” agent?

After the Illuminati put Hitler in power, they kept him there by sabotaging German opposition.

On May 4, 1938, Ludwig Beck, Chief of the German General Staff had called for the overthrow of Hitler, warning that the country was headed for disaster. 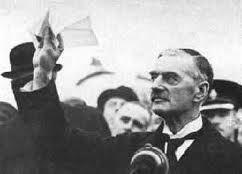 On May 10, 1938, Prime Minister Chamberlain held a news conference at Cliveden House stating that Britain was seeking a pact with Germany and Italy, and favored the breaking up of Czechoslovakia. As a result of this British acquiescence, the German army dropped its resistance to Hitler’s war plans.

In 1939, De Ropp spelled out the British stand in the event of a German attack on Poland.

“Rosenberg was told the British would fight a defensive ‘war’, that is to say, would take no action in defense of Poland or in retaliation for Germany’s attack on that country. In particular there would be no aerial bombardment of German territory- and the Germans agreed to reciprocate, a decision which held throughout the ‘phony war’ period.”

“This ‘deal’ struck between de Ropp and Rosenberg would leave open the possibility of quickly ending the war because, de Ropp said, ‘neither the British Empire nor Germany would wish to risk their future for the sake of a state which had ceased to exist’. ”

Thus, by double-crossing the Poles, the British-based Illuminati succeeded in giving the Nazis a common border with Stalin. It was only a matter of time before war would break out between them.

The task now was to entrap Hitler in a two-front war by provoking an attack on the West. Possibly, Baron de Ropp assured him that the British and French would roll over.

After the war began, De Ropp moved his base of operations to neutral Switzerland but, according to Ladislas Farago, “several times during the war he was summoned to Hitler for consultations.” (89)

Remember, William de Ropp man was a British agent.  The question remains, was Hitler a conscious British (i.e. Illuminati ) agent himself?  My sense is that the Illuminati sponsor misguided people whose natural goals are in line with the Illuminati agenda and guide them. But I believe Hitler was a conscious agent and de Ropp was his handler.

“The truth about Hitler is that he was not only created by the British and British-allied networks, but that the British government led by Winston Churchill continued to use Hitler throughout the war. If this fact was not clearly understood by the allied forces, it was strongly suspected in Germany itself.” (p.126)
White goes on to list numerous German army overtures to the British regarding the overthrow of Hitler. All were rebuffed. 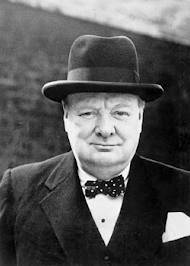 “When Churchill was questioned in Parliament about British failure to support these efforts, he replied that the government had a deliberate policy of not dealing with German nationalist leaders who were considered to be a greater evil than Hitler.” (p.144)
In terms of the Illuminati Jewish goal to destroy Germany as an independent force in the world, this is very revealing. The Illuminati protected Hitler. He was their man.

“Putzi” Hanfstaengl (1887-1975) is another mysterious character who identified himself as an American agent in his memoirs. He may have an Illuminati background, possibly a Jewish  mother, a “Heine.” He hobnobbed with FDR and other members of the US elite at Harvard and later in NYC where he ran his father’s art business.

He moved to Germany in the 1920s and was introduced to Hitler by the American Military attache in Berlin, Truman Smith. Smith asked him to “keep an eye on Hitler.” In his Memoirs, Hanfstaengl said he was “an American agent.” (Chaitkin, Treason in America, p. 543) 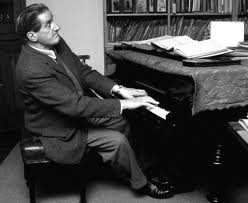 Hanfstaengl became a part of Hitler’s inner circle often soothing the Fuhrer with his piano playing. More materially, Hanfstaengl financed the expansion of the Nazi newspaper into a daily. He composed the Nazi marching songs, basing them on Harvard football anthems. He hid Hitler after the failed Beer Hall Putsch and his pretty wife took Hitler in and prevented the distraught Fuhrer from committing suicide.  Hanfstaengel was Hitler’s Foreign Press Chief from 1933-1937.

Finally, Haenftaengl’s handler, US Military Attache in Berlin, Col. Truman Smith deserves a mention. Although a member of the State Dept. he helped organize Nazi support in the US. He organized Charles Lindbergh’s tours of Luftwaffe facilities. Later, in Washington, he organized political and military opposition to US participation in World War Two. (Farago, pp.556-557)

Essentially, Hanfstaengl and Smith’s role paralleled that of Baron de Ropp. They encouraged Hitler (and Germans in general) to believe they had the support of the British American establishment (i.e. Illuminati) in their foolhardy crusade against Russia.

Baron William de Ropp, Hanfstaengl and Smith are further evidence that World War Two was contrived by the Illuminati to destroy the nation states of Europe and provide a rationale for Israel. By Illuminati, I am referring to the satanic secret society within Freemasonry that executes the agenda of the central banking cartel.

From the TV news to movies, from the Internet to the classroom, our perception of reality is created by the Illuminati (Cabalist) Jewish banking cartel. History is theatre scripted by these psychopaths to degrade and enslave mankind while increasing their own power and wealth.

This article in French