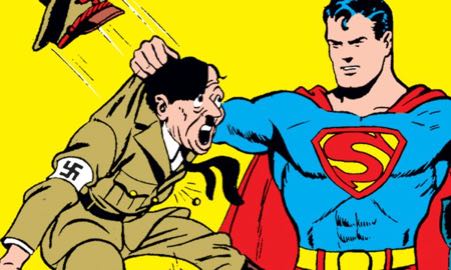 (Don’t want to be Jewish? You’re a Nazi!)
Jew or a Communist. The same thing.
We face a heavy dose of mind control in media and education. Where does this oppressive coercion originate?
We are being inducted into Cabalism, a satanic cult that defines Judaism.
Shahak explains that Judaism has fostered a “closed society… one of the most totalitarian societies in the whole history of mankind.”  Just look at the churches, in love withIsrael.  Look at “political correctness,” a Communist term. Look at the Noahide Laws which invite Gentiles to become second-class Jews or face beheading as an “infidel.” Look at homosexuality and “gender fluidity.” Look at laws prohibiting criticism of Jews or Israel. The coercion conservatives feel in society is comparable to what Jews have felt for centuries from their own rabbis and communities.
The book,  Jewish History, Jewish Religion: The Weight of 3000 Years

by Israel Shahak explains that Cabalist Judaism has always been a totalitarian satanic cult.
The essence of a satanic cult is to control/exploit its own members by making them sick, morally and physically.
First Jews, then Freemasons and now society as a whole has been inducted into this satanic cult.  We’re all becoming Jews. This process requires race, gender (family), religious and national identity to be dissolved.
Along with its Freemasonic proxy,  Cabalist Judaism actually engages in pedophilia, incest & the ritual sacrifice of children. 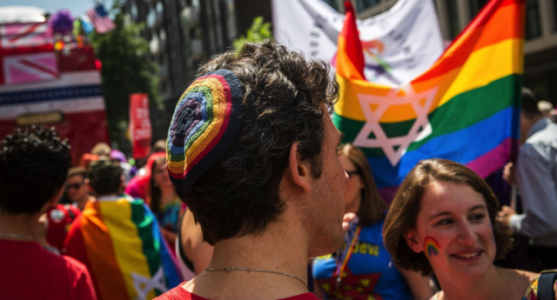 This is why our political & cultural leaders  are degenerates, our children are groomed in “sex ed” courses, and Evangelical Christian sects are secretly Satanic and dedicated to “Israel.”
Although most Jews/Masons are unaware of this satanic conspiracy, this is the real reason for antisemitism.
Humanity is held in thrall by a fiendishly evil force.
“Some may call it Communism, but I call it what it is: Judaism.” Rabbi Stephen Weiss.
“Anti-Communism is Antisemitism.” Jewish Voice, July – August 1941.
I  RE-POST KEY ARTICLES LIKE THIS FOR THOSE WHO MISSED OR FORGOT THEM.
by Henry Makow Ph.D.
(Slightly revised from Jan 15, 2016)
Where does the drive to control and exploit others originate? 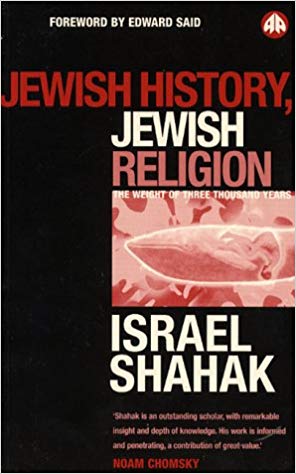 Israel Shahak’s book,  Jewish History, Jewish Religion (1986) provides the answer.  From the second century until roughly the eighteenth, Jews were under the heel of their rabbis and wealthy leaders. They were a “closed society… one of the most totalitarian societies in the whole history of mankind.” (14-15)

This is the template behind the NWO; only now everyone, not just Jews are being enslaved.

Since the late Roman Empire, Judaism was enforced by physical coercion. Rabbinical Courts ordered fines, flogging, imprisonment and even death for Jews breaking any of the hundreds of laws governing every aspect of daily life.
“Jewish women who cohabited with Gentiles had their noses cut off by rabbis…In religious disputes, those considered heretics had their tongues cut out.”

The rabbis and rich Jews were in alliance with the Gentile aristocracy who enforced this tyranny and shared in the spoils. They were aligned against poor Jews and peasants alike. The rich Jews always flourished in oppressive feudal regimes because, as bureaucrats, bailiffs and tax farmers,  they “mediated the oppression” of the peasants.

According to Shahak, classical Judaism is inspired by the image of Sparta as it appears in Plato’s Laws 942.

The principal thing is that no one, man or woman, should ever be without an officer set over him, and that no one should get the mental habit of taking any step, whether in earnest or in jest, on his individual responsibility. In peace as in war, he must always live with his eyes on his superior officer…In a word, we must train the mind to not even consider acting as an individual or know how to do it. 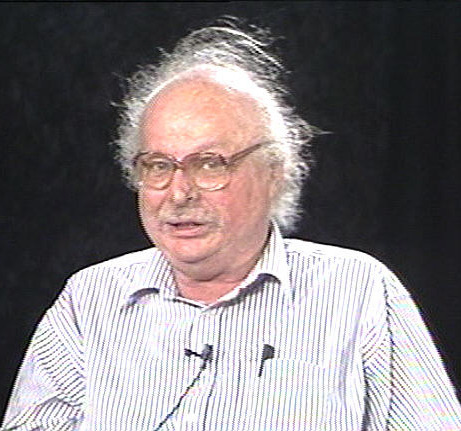 Shahak says the words “rabbi” and “officer” are interchangeable.  In Communism, the sons of rabbis built a new worldly religion that mirrored the fanaticism and oppression of classical Judaism.
After visiting Bolshevik Russia in 1920, Bertrand Russell wrote to Lady Ottoline Morrell: “Bolshevism is a closed tyrannical bureaucracy, with a spy system more elaborate and terrible than the Tsar’s, and an aristocracy as insolent and unfeeling, composed of Americanized Jews. No vestige of liberty remains, in thought or speech or action.” (The Autobiography of Bertrand Russell, paperback ed. 354)
Shahak says Israel too is a “closed society” frankly dedicated to Jewish supremacy and hatred of non-Jews. Jewish culture evinces little honest self-examination lest Judaism’s true malevolent character be exposed.  Shahak writes:

“Classical Judaism had little interest in describing or explaining itself to its own members … The first book on Jewish history proper (dealing with ancient history) was promptly banned and repressed by the highest rabbinical authorities… As a consequence, 200 years ago, the vast majority of Jews were totally in the dark about … Jewish history and Jewry’s contemporary state; and they were quite content to remain so….Jewish studies are polemics against an external enemy rather than an internal debate…When a whole society tries to return to totalitarianism, a totalitarian history is written.” (p. 20-22)
Similarly, the West is returning to this Jewish model of totalitarianism. Mainstream discourse is tightly controlled. Pundits who stray from the party line are fired or forced to atone. We have become Jews under the yoke of Judaism (i.e. Communism.)

In the past, due to many factors, “there was always room for individual freedom. Do you understand that those who already partially rule over nations and worldly governments have pretensions to absolute domination? Understand that this is the only thing which they have not yet reached.”

Judaism is concerned with meaningless observances and legalities rather than morality or faith. The Talmud regulates “every aspect of Jewish life, both individual and social…with sanctions and punishments provided for every conceivable …infringement of the rules.” (Shahak, p. 40)

Far from being monotheistic, the Old Testament implies the existence of many Gods, and the Jewish Cabala includes many prayers and duties designed to propitiate Satan. Other reasons for saying the Cabala is satanic are found here and also here.

Communism is devoted to concentrating all wealth and power in the hands of the central banking cartel (the Rothschilds and their allies) by disguising it as State power.

The central banking cartel is the ultimate monopoly. It has an almost global monopoly over government credit. Its goal is to translate this into a monopoly over everything — political, cultural, economic and spiritual. One world government = Rothschild monopoly = Communism.

Communism is really monopoly capitalism. The Illuminati own orcontrol everything.

Unknown to most Jews and Gentiles, Judaism is not the Old Testament religion people think it is. Every satanic cult has a cover. Like its manifestations — Communism, Zionism and Freemasonry– it is based on the Talmud and Cabala, which seek to supplant God and redefine reality. The Cabala reinterprets and contradicts the Old Testament.  Only the “initiates” are privy to this secret.

As banker Otto Kahn put it, the Jewish leadership plot to become God and “remake the world.”   “We shall purify the idea [of God] by identifying it with the nation of Israel, which has become its own Messiah. The advent of it will be facilitated by the final triumph of Israel… ”
The New World Order is about inducting humanity into Cabala Judaism, which is Satanism disguised as “secularism.” Here are ten examples of this satanic possession. A satanic cult is the template governing change. It is the explanation for the invasion of privacy by the NSA, and the creation of a false reality which includes staged “massacres” aimed at disarming the people.
Organized Jewry is a Trojan Horse for this agenda, but thanks to Freemasonry, most other governments, religions and organizations have also been subverted. Anti Semitism is a red herring designed to deflect blame from the Illuminati bankers and high ranking Freemason onto innocent Jews. Most everyone today is duped, manipulated and compromised.
For most of their history, Jews were held in mental and physical bondage by Judaism. The NWO is a recrudescence of this satanic feudal tyranny not only for Jews but for humanity as a whole.
In Shahak’s words:  “Israel and Zionism are a throw-back to the role of classical Judaism, writ large on a global scale…The road to genuine revolution in Judaism–to making it humane, allowing Jews to understand their own past, thereby re-educating themselves out of its tyranny–  lies through an unrelenting critique of the Jewish religion.” p. 74
You can find this article permanently at https://www.henrymakow.com/2017/02/NWO-is-Throwback-to-Totalitarian-Judaism%20.html

—————-
Related – Must watch!
Adam Green lays out Zionist World Government   The Chabad seems to be the head of the Illuminati snake.
The God of Cabala

Otto Kahn’s sentiment that rich Jews “have become their own Messiah” is echoed in a famous letter from Baruch Levy to Karl Marx quoted in “Review de Paris,” June 1, 1928. It also shows how Socialism and especially Communism were just devices to usurp power and property.

“The Jewish people taken collectively will be its own Messiah. His reign over the Universe will be obtained by the unification of the human races and through the elimination of frontiers.

A Universal Republic will come into being in which the Sons of Israel will become the directing element. We know how to dominate the Masses. The governments of all nations will gradually fall, through victory of the proletariat, into the hands of Judah.

All private property will become the possession of the princes of Israel-they will own the wealth of all lands. Thus will be realized the promise of the Talmud that when the time of the Messiah comes the Jews will hold under their keys the property of all the peoples of the world.”

(See, “Communism, a Ruse for Illuminati Jewish Theft and Murder”) 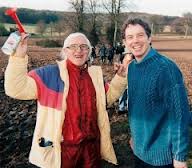 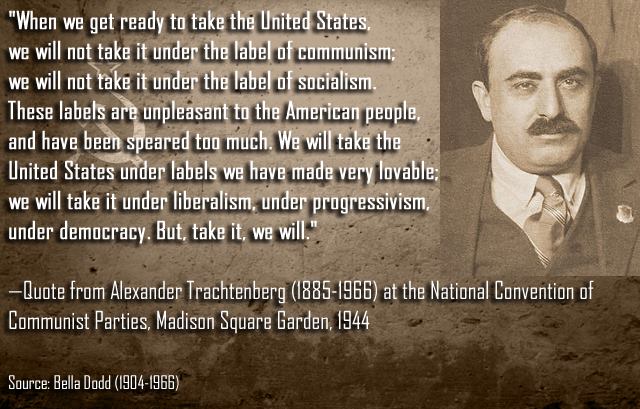 2 comments on “You’re Becoming a Jew”