The Hungarian Uprising of October ’56 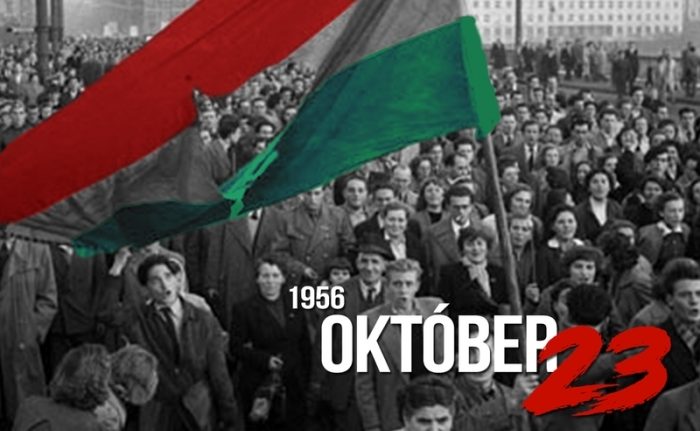 Hungary – October 23, 1956, is a date that will forever be engraved in the history of Hungary and of the world. On this day, communism faltered in the Eastern Bloc: the Hungarians took to the streets for their freedom. Some have paid it with their lives, others only had a few days of hope before a bloody crackdown by Moscow, which then made Hungary endure communism for another three decades.

In 1948, following rigged elections, the Communists took power in Hungary, establishing a totalitarian regime. The first few years were the darkest due to a true Stalinist terror with deportations in the gulags, executions, show trials and omnipresent AVH secret police having punctuated the lives of Hungarians between 1948 and 1953. After Stalin’s death, Imre Nagy has been appointed to be head the Cabinet. His policy was a series of reforms to make the regime softer, and it included the abolition of internment camps and of the autonomy of the secret police. However, he was sacked less than two years later.

In late June 1956, after the workers’ uprising in Poznan in Poland got repressed by the authorities, the new head of the Communist Party initiated reforms similar to those of Imre Nagy against which Moscow threatened military intervention. In October, in Hungary, organizations bringing together students and intellectuals organized demonstrations in major cities of the country demanding the return of Imre Nagy. A rally in support for Poland under the auspices of the Polish-Hungarian friendship was held at the foot of General Bem’s statue. It was during this event that the 16 points  of the Petőfi Circle were adopted, listing the political and economic measures desired by the student assemblies, including the evacuation of Soviet troops and free elections. 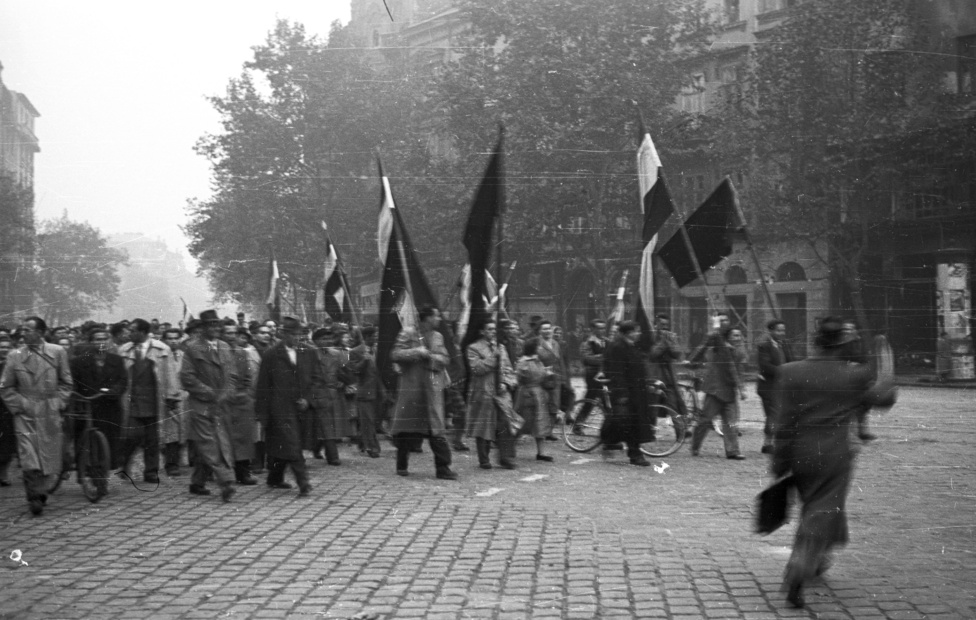 Throughout the day of 23 October, a growing crowd joined the protests organized by students: in front of the statue of General Bem – where the communist coat of arms was first snatched  of the Hungarian flag, eventually becoming the symbol of the Revolution – and on Kossuth tér, the square of the Parliament, where nearly 200,000 people attended. Despite the call to the dispersion of the Communist Party leader Ernő Gerő, the crowd went to the spot where stood a huge statue of Stalin. 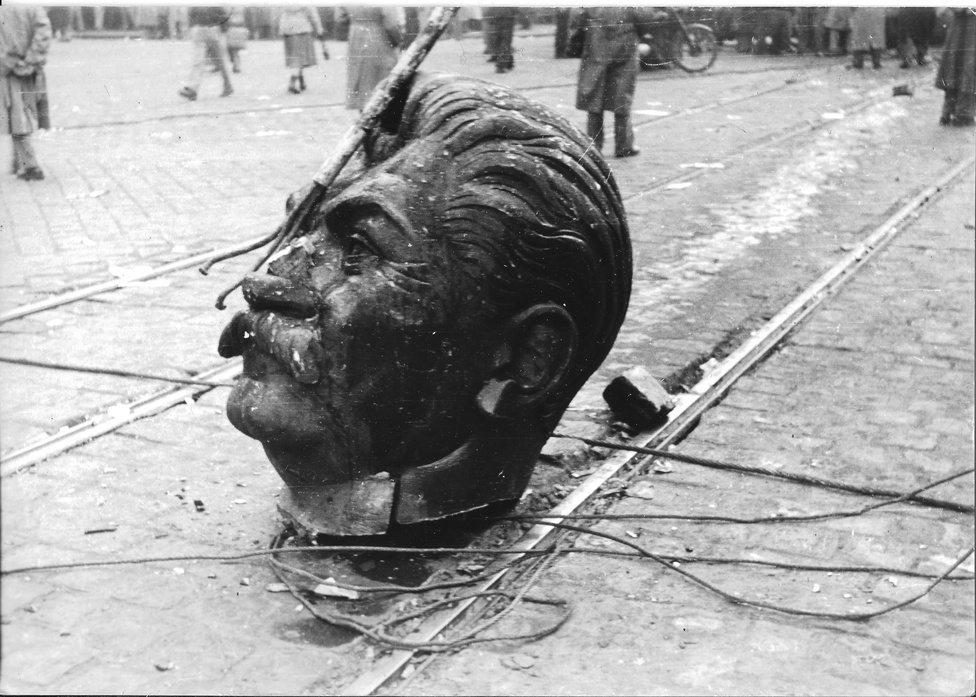 The demonstrators demolished the sculpture of which only the boots remained standing, the head of the Soviet dictator lying on the ground. This action was one of the enduring images of the Revolution. As night fell, some protesters went to the headquarters of the Hungarian Radio to try to read the 16 points. The tanks and secret police deployed there opened fire on the defenseless crowd marking the beginning of the armed conflict. Still, the building got occupied by protesters. 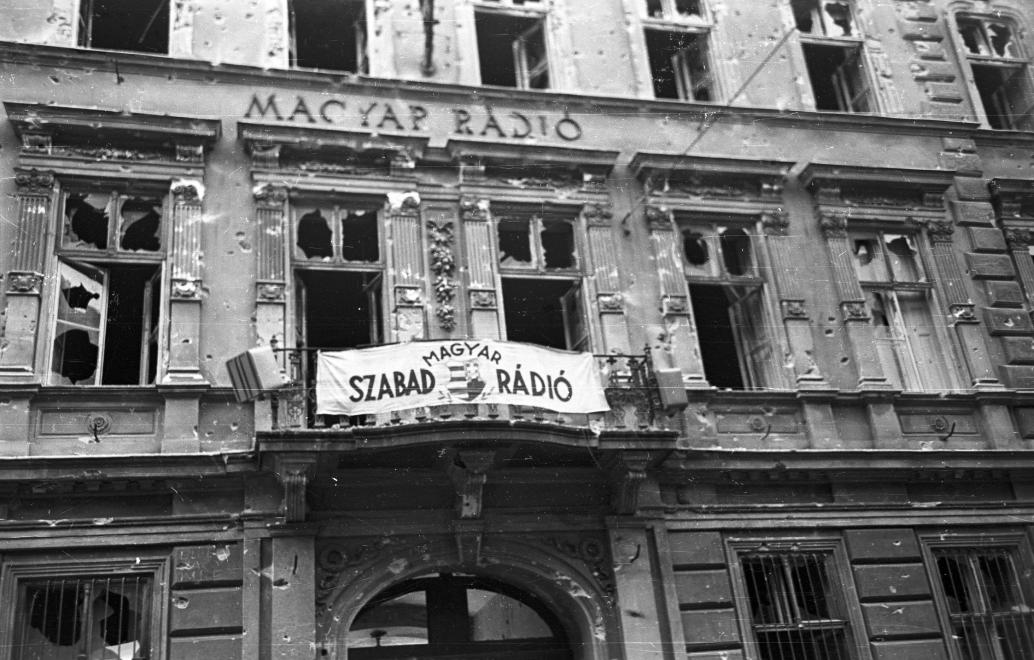 The next day, Soviet tanks were ordered to enter Budapest while Nagy was again appointed Prime Minister. Despite his promises of continuing reforms, street fights erupted between demonstrators who seized weapons – including many minors, the “kids of Pest” – and regime forces. One of the symbolic places was the Corvin Passage whose revolutionaries were called “corvinists” (korvinisták). 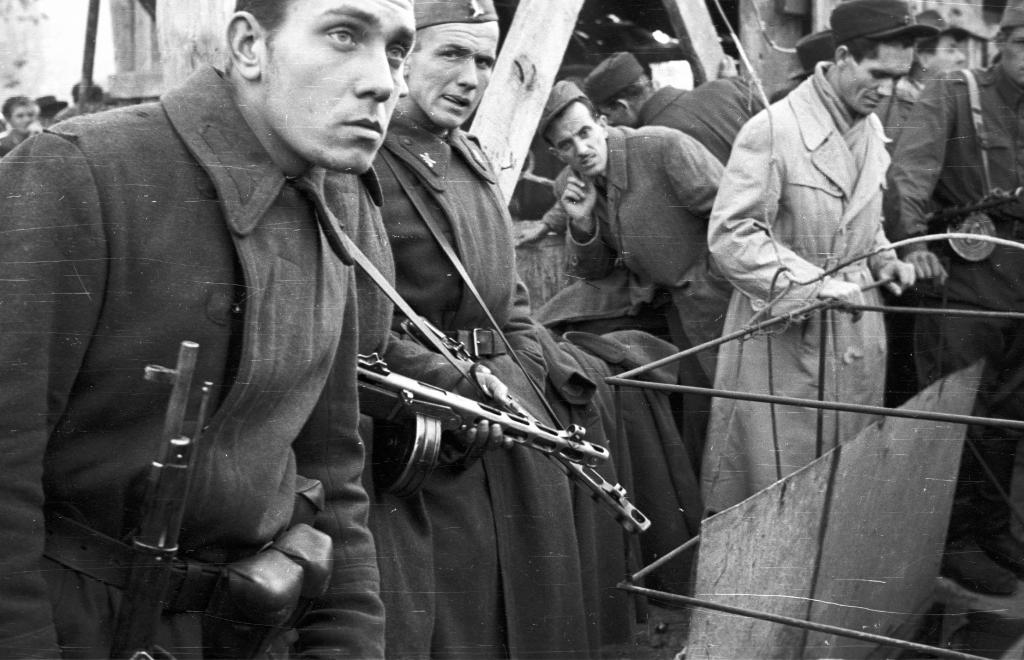 Moscow also decided to place János Kádár at the head of the Communist Party to replace Gerő. The new leader has called the uprising a “counter-revolution”, the official term until the fall of communism. On October 25, about 5,000 people gathered peacefully at Kossuth tér but snipers of the AVH and the present Soviet tanks fired into the crowd making a total of nearly a thousand dead. This bloody moment led to the fall of the government on October 28, the removal – temporarily – of Soviet troops and the restoration of pluralism and the release of political prisoners, whose most famous was Cardinal József Mindszenty. 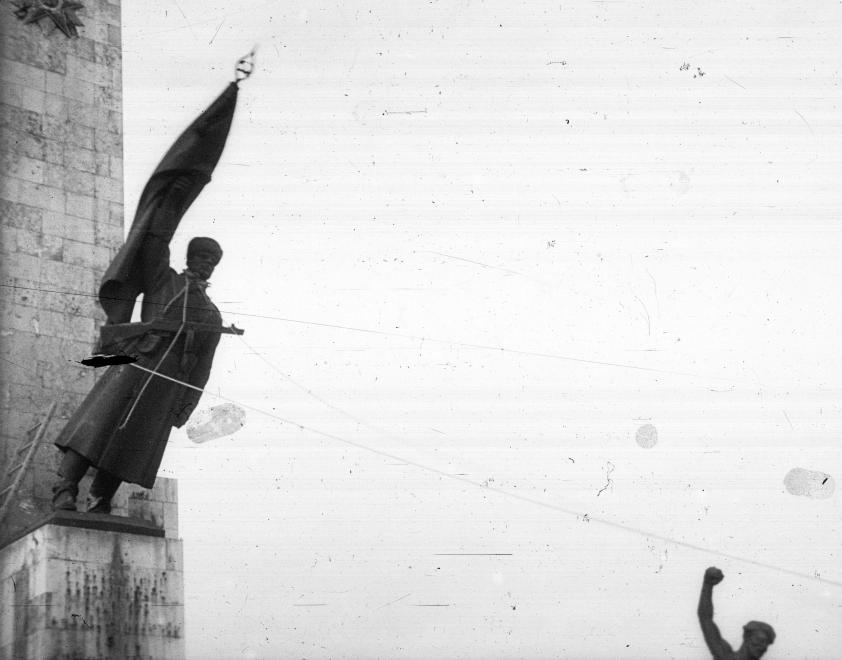 However the calm lasted only a very short time. On November 4, the Soviet Union initiated a war against Hungary without prior declaration. It is at this time that Imre Nagy gave a speech to the attention of the country and the world on the radio before a call using broadcast in four languages.

“This is Imre Nagy speaking to you, the president of the Council of Ministers of the People’s Republic of Hungary. At dawn today, Soviet forces began an attack on our capital, obviously with the aim of toppling the legal, democratic Hungarian government. Our troops are fighting. The government is in place. I am making this fact known to our people and the whole world”.

The call of Imre Nagy remained unanswered. Hungary has received no international assistance in this conflict, Western countries being engaged in the Suez Crisis. Soviet tanks entered Budapest and gunfire reverberated across the capital. It is the suppression of the last revolutionaries on Csepel Island on November 11 which definitively ended the uprising. 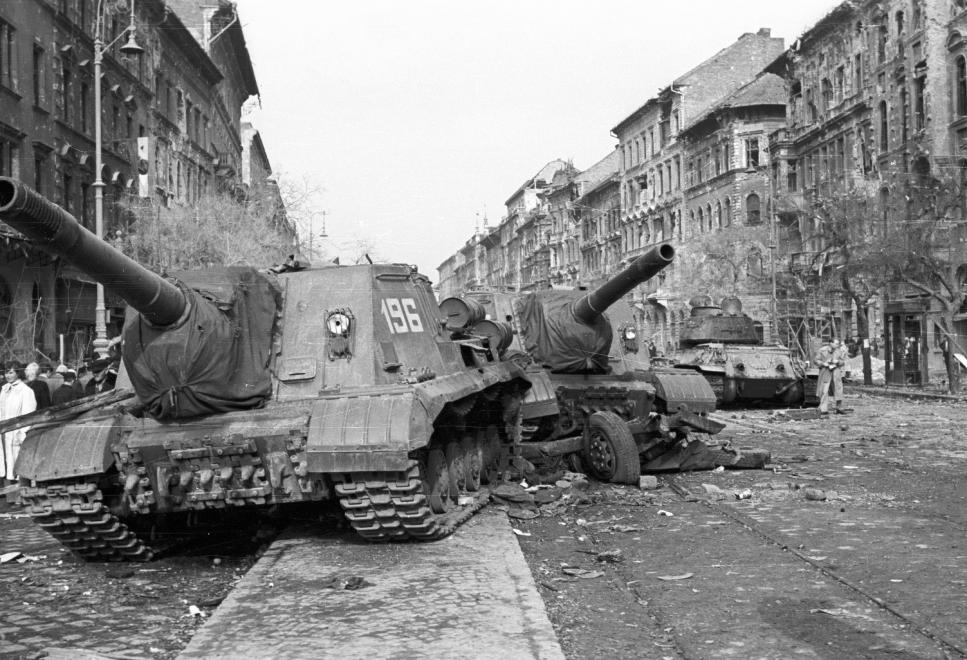 In total, the Revolution has officially bring the death of 2,652 people on the Hungarian side and 720 on the Soviet side. An estimated 200,000 Hungarians fled their country due to the conflict and the following repression. In the three years following the Revolution, large-scale retaliation were made by the Kádár regime: 400 people – including Imre Nagy – were executed for their involvement in the uprising, more than 21,000 were imprisoned and 16,000 to 18,000 were interned. 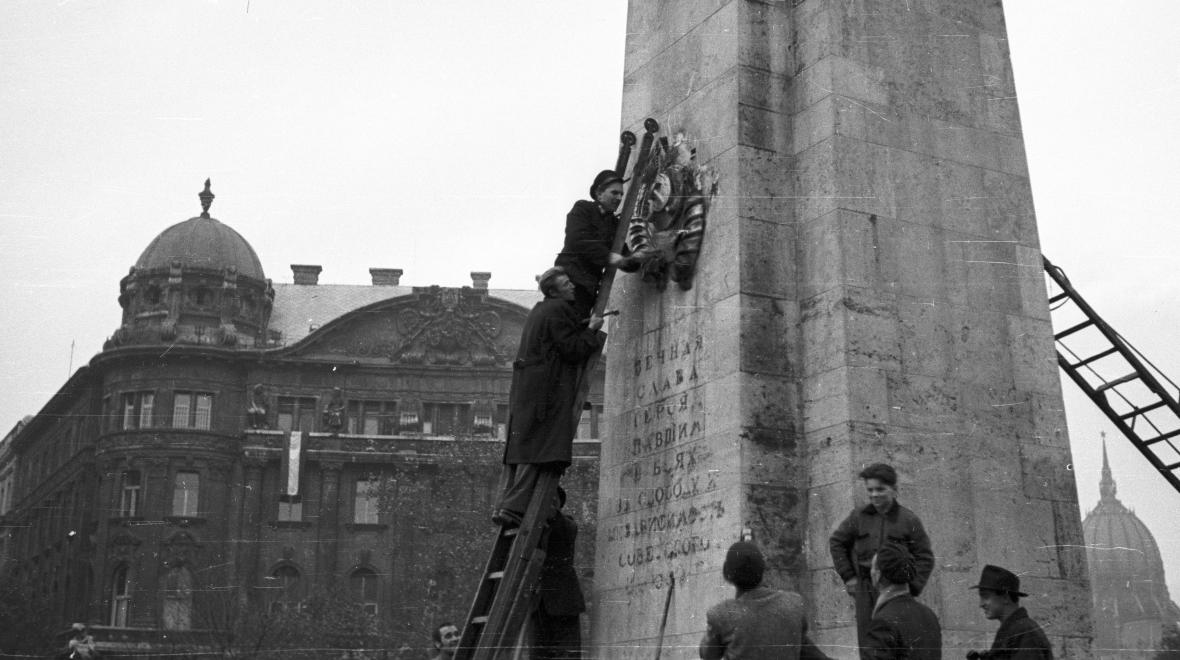 Obviously these events are a crucial time in the Hungarian and European history since it was the first time a Communist Bloc country’s people undertook such important demonstrations against the regime that the Soviet Union had to intervene militarily. The memory of the heroes of this revolution against Soviet rule also reminds the world that the Hungarians have already fought many times for a freedom to which they are deeply attached. 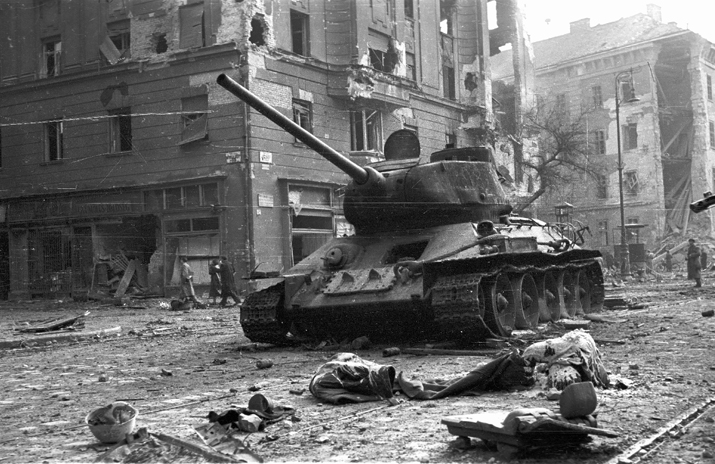 The year of the fall of communism, on June 16, 1989, Imre Nagy and his fellow martyrs were symbolically reburied on the Heroes Square in front of hundreds of thousands of people. On that day, the young Viktor Orbán became famous due to his speech asking Soviet troops to leave Hungary. October 23, 1989, was a double national holiday for Hungary with the commemoration of the outbreak of the Revolution and the official proclamation of the Republic of Hungary ending more than four decades of communist dictatorship.

On October 23, 2006, on the occasion of the 50th anniversary of the uprising, demonstrations were held to demand the resignation of Socialist Prime Minister Ferenc Gyurcsány after the scandal aroused by an audio recording in which he confessed to have “lied in the morning, at noon and at night” to win elections in April of the same year. The streets of Budapest were then the scene of clashes between anti-government protesters and security forces including excessive violence used by the police.

To commemorate the 60 years of the insurgency, Viktor Orbán will hold in a speech in company of Polish President Andrzej Duda in front of the Hungarian parliament. Throughout the city, vehicles, barricades and photos are exposed. 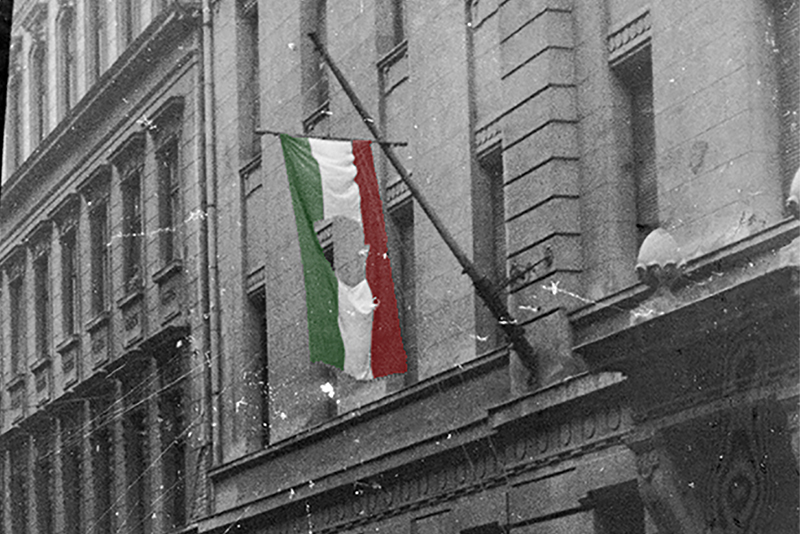 Check out all the pictures of the ’56 Uprising on Fortepan.

The Hungarian Uprising of October ’56

This entry was posted on October 24, 2019 by HKW in Uncategorized and tagged History, Hungarian Uprising, Hungary, Miklós Dorsch, October ’56.