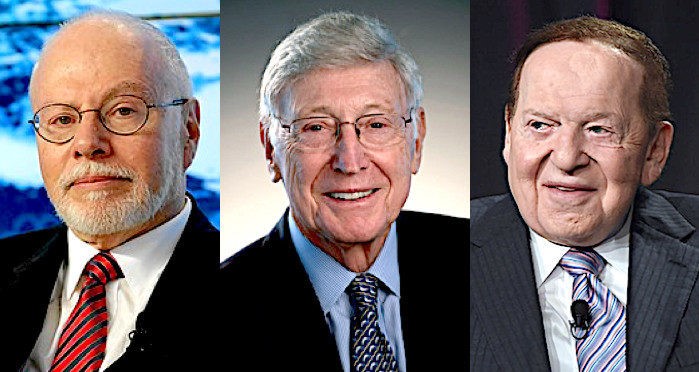 In a brilliant essay, The Necessity of Antisemitism, Andrew Joyce identifies four elements in Organized Jewry’s war on the goyim: Critique, Tolerance, Sterility, and Usury.

In the excerpt below, Joyce describes how they control the world through debt (usury.)  While in general agreement, I am puzzled that comparatively little attention is devoted to Freemasonry. Without the active collaboration of these Gentile traitors, the Cabalist Jewish assault on mankind would falter.

The Necessity of AntiSemitism

“The Culture of Usury”

In a West gone wildly materialistic, it can be difficult to see the extent of Jewish usury. When you mention Jewish moneylenders to most people, the response normally relates to the Middle Ages. But Jewish usury is alive and well in modernity, and entire countries are in debt to Jewish financiers, who then pass on some of their wealth to Jewish organizations dedicated to the promotion of the three other cultures of White decline (Critique, Tolerance, Sterility).

Paul Singer, of the Jewish “investment fund” has been described by Bloomberg as “The World’s Most Feared Investor,” but really he’s the world’s most feared exploiter of debt. The Democratic Republic of Congo owes Singer and his Jewish colleagues $90 million, Panama owes him $57 million, Peru owes him $58 million, and Argentina owes him $1.5 billion. When payments have been late, Singer seized and detained the flagship of the Argentinian Navy, and when South Korea put up a fight to prevent him from getting control of Samsung, he drove the nation’s President to impeachment and imprisonment.

While these activities may appear very high-level, and distant from the reality of day-to-day life (unless you are a citizen of the Congo and Singer is blackmailing you for payment by withholding essential work on your water supply), Singer and his Jewish financial clique have a hand in almost every purchase you make, and every war your country wages.

Singer, his son Gordin, and their colleagues Zion Shohet, Jesse Cohn, Stephen Taub, Elliot Greenberg and Richard Zabel, have a foothold in almost every country, and have a stake in every company you’re likely to be familiar with, from book stores to dollar stores. With the profits of exploitation, they fund the Culture of Sterility, boost Zionist politics, invest millions in security for Jews, and promote wars for Israel.

Singer is a Republican and is on the Board of the Republican Jewish Coalition. He is a former board member of the Jewish Institute for National Security Affairs, has funded neoconservative research groups like the Middle East Media Research Institute and the Center for Security Policy, and is among the largest funders of the neoconservative Foundation for Defense of Democracies. He was also connected to the pro-Iraq War advocacy group Freedom’s Watch. Another key Singer project was the Foreign Policy Initiative (FPI), a Washington D.C.-based advocacy group that was founded in 2009 by several high-profile Jewish neoconservative figures to promote militaristic U.S. policies in the Middle East on behalf of Israel and which received its seed money from Singer.

Although Singer was initially anti-Trump, and although Trump once attacked Singer for his pro-immigration politics (“Paul Singer represents amnesty and he represents illegal immigrants pouring into the country”), Trump is now essentially funded by three Jews–Singer, Bernard Marcus, and Sheldon Adelson, together accounting for over $250 million in pro-Trump political money.

In return, they want war with Iran. Employees of Singer’s firm, Elliott Management, were one of the main sources of funding for the 2014 candidacy of the Senate’s most outspoken Iran hawk, Sen. Tom Cotton (R-AR), who urged Trump to conduct a “retaliatory strike” against Iran for purportedly attacking two commercial tankers.

These exploitative Jewish financiers have been clear that they expect a war with Iran, and they are lobbying hard and preparing to call in their pound of flesh. As one political commentator put it, “These donors have made their policy preferences on Iran plainly known. They surely expect a return on their investment in Trump’s GOP.”

When Adelson and Singer first made overtures to Marco Rubio, Trump tweeted that Rubio would be their “puppet.” Trump has now taken money from the same puppetmasters but has thus far refused to go “all the way” with their demands, even firing John Bolton, a favorite of the Jewish triad. How the latter will proceed in the face of Trump’s defiance on the matter remains to be seen.

The Jewish triad behind Trump is a perfect example of the role of Jewish finance and the Culture of Usury in sustaining and advancing Jewish power and influence in contemporary society. Singer embodies usury and vulture capitalism, while Bernard “Home Depot” Marcus is symptomatic of bloated consumerism, and Adelson represents the sordid commercial exploitation of vice (gambling). There is nothing productive in the economic activity of any of these figures, their vast accumulations arising from sociopathic parasitism, ethnic nepotism, and the will to cultural decay.

We feel this decay lower down the scale since we live in a society of conspicuous consumption, funded by ever-escalating household debt. Everywhere, people buy things they don’t need with money they don’t have. Household debt is rising yet again in the United States. According to the New York Federal Reserve, Americans owe $13.86 trillion in household debt, slightly higher than the total amount right before the 2008 financial crisis.

In Australia, the household debt to income ratio is above 190%, among the highest in the developed world. The same situation is seen in the U.K. Jews, of course, were involved disproportionately in the development of department stores, the fashion industry, retailing business, and other aspects of the consumer society.[22]

Jews in late nineteenth-century Germany, as they did in several other Western countries, initiated the “consumer revolution,” and “held, or at least started, the overwhelming majority of department stores and clothing and fashion houses throughout the country.”[23] Werner Sombart remarked at the time that department stores were the herald of a new, degenerative economic culture, typified by “the anonymous, objectifying forces of capitalism and marketing.”

Contemporary anti-Semites saw these centers of the economic culture as “a consuming temple in two senses, as both a temple of consumption and a temple that consumes — that is, a place of destruction, a Moloch even, that greedily devours vulnerable customers and neighbouring businesses.”[24] 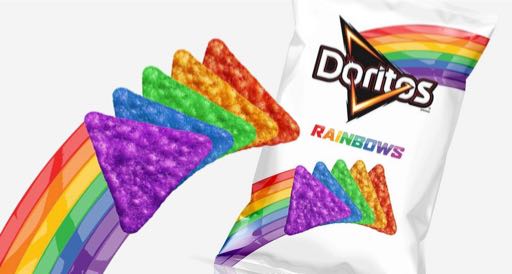 The consuming temple of debt-fueled consumerism is also linked to the cultures of Critique, Tolerance, and Sterility. So-called anti-racism, support for gender confusion, and the celebration of mass migration and multiculturalism have become mainstays of modern advertising as the Racial Endgame nears its conclusion and the West commences its death rattle.

might ask what tortilla chips have to do with sodomy, but that’s only because you’re suffering from a tolerance deficiency, and the best way to correct that is to admit White privilege, buy a Starbucks, and go try on a new pair of $200 jeans at Macy’s.

2 comments on “Andrew Joyce – The Four Pincers of Cabalist Control”

This entry was posted on October 5, 2019 by HKW in Uncategorized and tagged Andrew Joyce, Cabalist bankers, Globalist Elite, Henry Makow PhD, The Cabalists, The Culture of Zio-Wars, Usury.