THE TRUTH ABOUT CLIMATE CHANGE 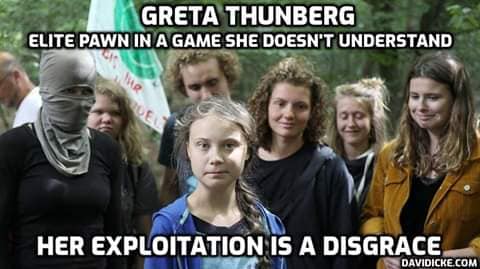 Those with sufficient knowledge of the spiritual mysteries understand that the Earth goes through cycles. Humanity and civilization rises and falls every 14 thousand years. The current hysteria generated by climate alarmists is just that – hysteria.

The Truth is that less ice is melting then in the last hundred years. We are headed into a mini ice age. The Elite that run the green party have a Ton of money to make from the hysteria, much like how Al Gore made Millions.

Scientists don’t have enough evidence to make such claims, there are thousands of other factors that are ignored, the data often manipulated. Pollution is a terrible thing but is something entirely different from the fake manufactured ‘climate change’. Humans need to stop polluting the earth and cutting down trees. But anything having to do with the earth’s weather and climate is affected by the Sun, the solar system, and the Natural cycles of the Earth. Beware the agenda of the Elite, they are deceiving Many people. The goal is to take away the freedoms and rights of billions of people, to limit their mobility [as with electric cars], to tax every aspect of their lives, and much much more. It is a massive fraud perpetrated on the masses. Meanwhile, the Elite that push these agendas have no desire to live by the same draconian laws that are being forced on us. Look into people like Bill Gates that are known for killing thousands of children in India and Africa with weaponized vaccines, he is also sponsoring a massive geoengineering campaign. He has publicly stated that they will Dim The Sun, in an effort to combat ‘global warming’. The Sun is the giver of life, they have pushed lies like the sun gives us cancer, and now they want to dim the sun. Doing so would cause Billions of people to become Severely malnourished and effectively eradicate the people’s ability to grow and maintain our own crops. He is also involved in GMO’s. These are the kind of people who push climate change hysteria. They are not good people.

These same people have publicly admitted to genetically modifying mosquitoes and bees. Meanwhile, several people in the United States have suddenly dropped dead by some ‘mysterious’ new illness caused by mosquitoes. People need to start connecting the dots! They say We are responsible for the decline of insect populations and the eradication of species around the world. Meanwhile, thousands of birds have been photographed around the world Suddenly dropping from the sky and millions of dead fish washing up on shore. This is not the cause of ‘climate change’. This is the cause of weaponized Poison being sprayed in the air and polluting our food, air and water. What poison do I speak of? Look no further than Monsanto which is supported by Bill Gates and his elitist friends. It is now well known that Monsanto, a corporation respo0nsible for creating Agent Orange in Vietnam, and now given the okay by the FDA to genetically modify our Food, is responsible for creating Glyphosate. Yes, Glyphosate, the pesticide that has been found in thousands of processed foods around the world and now directly linked to cancer. Glyphosate has been sprayed on crops all around the world and is now linked to the decline of ‘songbird populations’. But, apparently it ends there. Just songbirds, because there is No Way these poisons could be linked to the decline of bees and insects around the world right? This, in combination with weaponized frequencies such as 5G could fully explain the sudden and mass loss of life of insects, birds and bees around the world.

These are Sick people. They have One goal in mind and it is Depopulation so they can increase their control over the masses. It is frightening to me that so many people have fallen for the climate change hysteria. We have been blamed for so many horrible things that the Elite Are Causing.

Our food and water has been poisoned. There is a Massive mind control program being waged on the population. Diseases have been weaponized. Cures have been suppressed in order for our corrupt medical system to rake in billions of dollars annually from the sick population. Our own government traffics illicit drugs into the country in order to create an enslaved and helpless population with no interest in fighting the government. We all know what happened on 9/11. It’s time to stop believing that the government has no malicious intent when it comes to vaccines, especially when we know the evil they are not only capable of but are actively engaged in on a daily basis. It is time to stop falling for their climate change hysteria. There is way too much at stake right now. If you truly want to help save the planet then it starts with exposing the sick and evil Cabal that is directly responsible for the worst evils on the planet.

We have seen that our governments are directly involved with not only human trafficking, but the rape, torture and brutal sacrifice of innocent children around the world. They will stop at nothing to fulfill their agenda. It’s time to unravel the many lies they have spouted in the name of ‘saving the planet’. These people have been actively engaged in the Mass Genocide of billions of people for many thousands of years.

Climate Scientists Write To UN: There Is No Climate Emergency

Climate Scientists Write To UN: There Is No Climate Emergency

Climate Disruption: It’s Not Due to CO2

Professor Claudia von Werlhof wrote to Greta Thunberg. (see featured image) In this letter Von Werlhof says that the disruption of the global climate is not due to CO2