The Tavistock Institute is dedicated to re-engineering society to serve the Illuminati. It’s time we told politicians, media and “educators” that we are tired of being messed with and lied to. Below, Russ Winter exposes their hand in all the bizarreness. Do not underestimate the Evil we face.

Dr. William Sargent of the Tavistock Institute reported to have been at the time working in the CIA’s MKULTRA mind control program, in his 1957 book Battle for the Mind– A Physiology of Conversion and Brain-Washing elaborated on Kurt Lewin’s theories by stating: 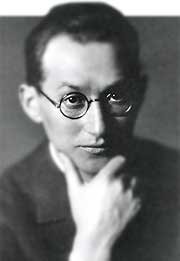 “Various beliefs can be implanted in many people after brain function has been sufficiently disturbed by accidentally or deliberately induced fear, anger, or excitement. Of the results caused by such disturbances, the most common one is temporarily impaired judgment and heightened suggestibility. Its various group manifestations are sometimes classed under the heading of ‘herd instinct,’ and appear most spectacularly in wartime, during severe epidemics, and in all similar periods of common danger, which increase anxiety and so individual and mass suggestibility.” Jim Keith, Mass Control: Engineering Human Consciousness    More shocking quotes about Tavistock here

The Tavistock Method of Brainwashing and Social Psychiatry

In his 2015 book “Tavistock Institute: Social Engineering the Masses,” Daniel Estulin lists just some the … goals of this Crime Syndicate mega-campaign:

Estulin in his book specifically addresses the importation of gangs for the purpose of weaponized chaos. We addressed this in our recent articles on African mobs in Melbourne and Sweden. 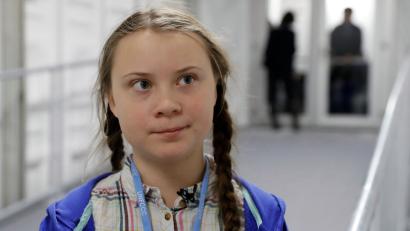 Rockefeller interests also funded the counter-culture “revolution” for the Tavistock Institute. The Rockefellers funded the radical-leftist Students for a Democratic Society to foment instability and pseudo-revolution in the late ’60s. The opportunity for constructive social change was lost thanks to the support of “Rockybucks.” A highly revealing 1979 video has emerged of a reunion of pompous, bragging LSD pseudo-counterculture promoters (including Timothy Leary) and is now available for all to see.

Manufactured boogeyman terror is a key element of the equation. With it, humans can be reduced to a childlike and submissive state in which his powers of reason are clouded and in which emotional response to various situations and stimuli can become predictable — or, in Tavistockian terms, “profitable.” By controlling the levels of anxiety, it’s possible to induce a similar state in large groups of people whose behavior can then be controlled and manipulated by the oligarchical forces for whom Tavistock worked [see].

Aldous Huxley wrote to George Orwell: “Within the next generation I believe that the world’s leaders will discover that infant conditioning and narco-hypnosis are more efficient, as instruments of government, than clubs and prisons, and that the lust for power can be just as completely satisfied by suggesting people into loving their servitude as by flogging them and kicking them into obedience.”

More advanced iterations include: rampant pornography, pedophilia normalization, feminization of males, hedonism, Satanism,speculative modern art requiring “experts,” drug abuse, spiraling into madness identity politics (not tolerating intolerance), the elastic use of the term “hate” for social control purposes, censorship and memory holing material that doesn’t fit the Tavistock narrative, dumbing down, idiocracy and technologically induced shortened attention spans, crisis management programs, and an endless strategy of tension via Gladio events and staged deceptions. Preaching against the nation-state as destructive to the progress of mankind is a core tenet of this scam.

Something extremely important at the moment is that this Tavistockian Crime Syndicate is licking its chops for social and economic convulsions on a global scale, followed by depressions, as a softening-up technique for bigger things to come, namely creating masses of people all over the world who will become its “welfare” recipients and plantation dwellers of the future.

Psychology has indeed learned a great deal about human and animal central nervous systems work. The focus of such research has almost exclusively been directed toward control. Psychiatry (the claim to heal the soul) is almost exclusively a fraud. Our wistful hope that someone can find a way to relieve psychological illness is in general of no interest to those who really do know something about how our minds work.

Once again, the real driving force in that profession has always been to take advantage of our weaknesses, not to cure them. Those who have a genuine desire to cure our psychological pains are found in a different area: religion. And a very large percentage of them, particularly at the higher levels, are also predators.

There were undoubtedly enormous numbers of dutiful parish priests in the Roman Catholic and Orthodox faiths who really did offer some real comfort and guidance to their flocks. But such dutiful priests undoubtedly rarely found their way to a bishop’s mitre, much less to a papal or Orthodox tiara or crown. It goes without saying that the televangelists are without any known exception predatory con artists whose real God is either consciously or unconsciously Satan.

After reading your page, I read the original article from Russ Winter to which you linked –  and  Mama Mia,  what a terrific exposition (with very tight, two-sentence paragraphs, bristling with cogent observation).  All the more impressive because he appropriately identifies the deranged, elite Supremacist Swells who are responsible for foisting this evil upon the entire world as the  (capitalized) “Psychopath Bertrand Russell” or the Freud ‘quackery,’  or Dr. Evil Adorno, or their  (capitalized) ‘Crime Syndicate campaigns.’ THESE are the qualifiers we need to read to cement the absolute clarity and accuracy of these statements. Nothing is more liberating and energizing to the human spirit than to experience Naked Truth.

I’m glad he mentioned the role of the NEA  [National Educational Association, national teacher’s union] as I heard nothing BUT the nasal voice of Jewish  NEA President Albert Shanker  NIGHTLY on the NBC Nightly News for 20 years pitching the JWO socialist party line. Concerning Oprah’s role in convincing White America that Blacks really are superior, I was contacted a couple of years ago by a white woman who knew the details of the Oprah Installation from her earliest days in Chicago with her father,  right up to her salad days as daytime TV’s first black billionaire talk show host. And her revelations followed the outline presented in this article but in much greater detail.

Also, we should never forget that all of the information and personalities presented in this article are due to the pioneering research of Dr. John Coleman at the British Museum, having been given special access to files (for 15 years) that were unavailable to other researchers, academics or least of all, the general public. We owe him a great debt of gratitude. I’m amazed to see that Russ Winter has borne the torch so high. Glad you posted this.

The book is stunning in the new knowledge that it reveals about the hidden role of British oligarchs to shape and control public opinion in order to manipulate the British public (and later the American public) into accepting the notion that war with Germany was necessary in order “to secure a lasting peace.”

2 comments on “Tavistock: The Illuminati’s Psychological War on Society”