The West Belongs to People of European Descent 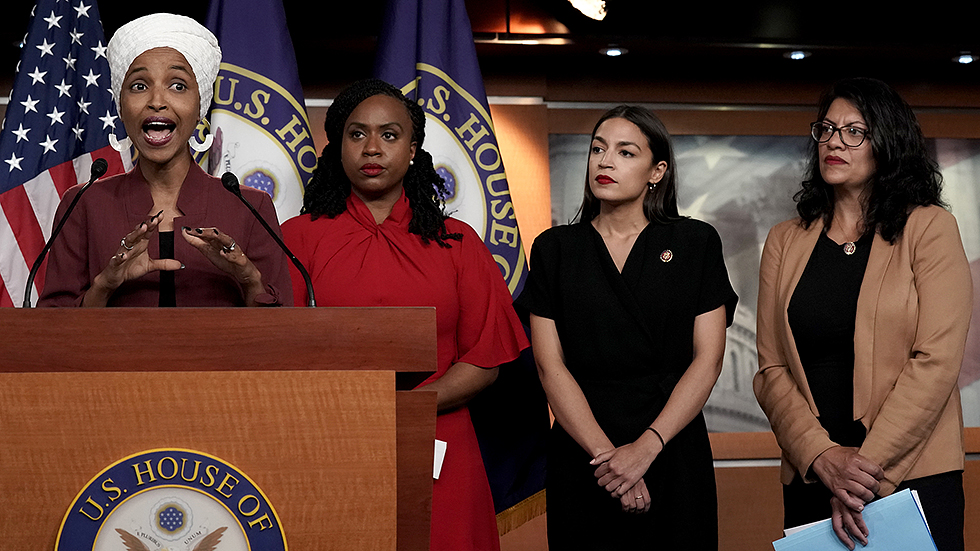 We are in a race war.
It is not between whites and coloureds.
The “war” is actually an insidious campaign by Organized Jewry, an arm of the Rothschild banking cartel, to use immigrants to displace people of European descent and erase their heritage.
It’s about time we recognized that the “hate” is all coming from the bankers and their Freemason shills.
It’s time we called “globalists” what they are, communist traitors.
by Henry Makow PhD
I confess that I was pleased that Trump told “the squad” that if they think America is so bad, they can leave.
I am not the only one.  Trump’s support among Republicans rose 5%.
I also welcomed the chant, “Send her back” at the rally in North Carolina.
Under fire, Trump was forced to walk back this sentiment but it truly expressed how the majority of white Americans feel.
Of course, the squad trotted out accusations of “racism.”  Why not? Crying “antisemite” has always worked for their Jewish sponsors.
But no one is buying it. What does condoning and promoting terrorist violence against the federal government and Trump supporters have to do with race? Ayanna Pressley encouraged her followers to “bring the fire”; one attacked an ICE facility with an automatic weapon and was killed.
As with Organized Jewry, it’s their behavior which defines them, not their race.
Then, they trot out “white supremacy.”
Why don’t we hear about Jewish Supremacy? That’s what this is really all about. Why don’t we ever hear about Chinese Supremacy in China or Indian Supremacy in India? 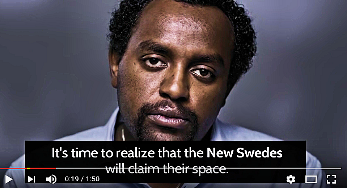 (Swedish government ad)
Our country is our home. This is like a home invader accusing you of being a “supremacist” because you don’t want to hand over the keys.
Later, homeless, you discover that the invader had been working for your banker who foreclosed on your home.
Whites represent roughly 15% of the world population. Yet they are slated for displacement. Their countries are being invaded by uneducated young men of military age. Their events are being cancelled and their supporters intimated and beaten. Their free speech is being eliminated.
Their cultural heritage is under attack. Statues are removed; schools renamed, and authors suppressed. Their values are ridiculed and dragged through the mud. They are becoming a minority in TV commercials which encourage them to intermarry. The word is genocide.
Protocols of the Elders of Zion–16: “We must introduce into their education all those principles which have so brilliantly broken up their order.”
Berkeley is banning the use of gendered terms like “manhole” and “policeman.”
Colorado State University has decided that the terms “America” and “American” cannot be used because they are not “inclusive.”
The Masonic Jewish bankers are running ads to encourage third world migration and are funding it.
Everyone but whites is entitled to a national home. And if whites so much as stir, they are viciously shamed, in true Communist fashion.
LEADERLESS
Whites are leaderless like a headless horseman.  The Masonic Jewish bankers have installed a traitor class of Freemasons who have sold out their country, religion and culture for a seat at the table. Yes, practically all politicians are traitors. (Do they tell the truth about 9-11??) 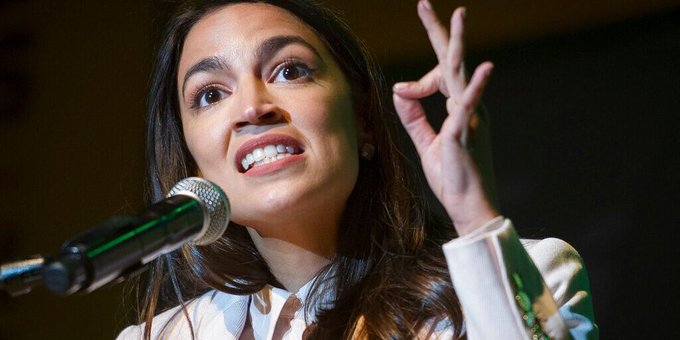 Whites are increasingly sick of being browbeaten and shamed into deferring to privileged minorities. It’s another Jewish banker scam to elect more of their agents, disenfranchise whites and dismantle the nation.
The West has always welcomed minorities. As a Jew, I am one of them. But we were expected to contribute to the country and respect its values. When you welcome someone into your home, you don’t expect them to invite strangers, trash the place, and put you on the street. This is the banker’s plan.
I appreciate that the majority of immigrants just want to better themselves. They don’t want to be used for political purposes. Even better, they would rather stay in their own countries. Our efforts should be directed to helping them thrive at home.
The average Jew wants to assimilate. But the Cabalist leadership hates whites and many opportunistic Jews adopt this view.
Why do religious Jews hate whites? Why do you rob a bank? That’s where the money is. 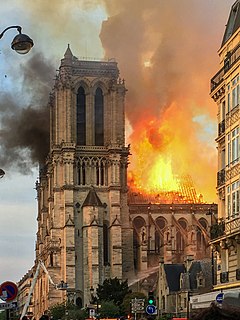 (Notre Dame represents Christian values. It was burned for this reason.)
Whites also have a sense of economic and political entitlement that must be destroyed. They carry the residue of Christian values: a belief in country and individual freedom, a belief in God and a Moral Order, a belief in right and wrong, true and false; a belief in the fellowship of mankind, family as the red blood cell of society, a belief that people should be rewarded according to their ability and effort. We believe that man was created in the image of God and should express His perfection by behaving with dignity. We share these common values; if they weren’t important, the bankers wouldn’t try to destroy them.
The Illuminati banker is taking away our freedom of expression. They claim “populists” threaten democracy when it is globalism that transfers power from elected representatives to international bureaucrats.  This enslavement is Communism.
Communism is Satanism. The social insanity we are experiencing is satanic possession. Gaslighting and making us crazy are part of it.
They are transferring ultimate authority from God to psychopaths and perverts. I can’t overstate the seriousness of the crisis we face.
Religious Jews believe the world belongs to them alone. “God’s Chosen People” are the only people. The goyim are animals born to serve them. Their paradise will rise like a phoenix on the ashes of Western civilization.
It’s time we stopped cringing before their “racist” voodoo, stopped deferring to their creatures of diversity, and told the white traitors and dupes who support the invaders, that while ethnic minorities are welcome, the West belongs to people of European descent.
————————
First Comment from Ken Adachi
It’s such a pleasure to read these magnificent essays. It’s so concise and succinct;  it’s almost poetic. These comments crystallize the feelings of your average white or black American raised with the Christian ethos of brotherhood and Good Will towards ones neighbors. Your traditional American is a Gary Cooper type of character inside. He’s enthusiastic to build, wants to find the right girl, raise a family and be kindly and generous towards his neighbors who may need his help. He’s willing to defend home, family, and country, but the cause must be just (and against evil aggressors; not to ACT as evil aggressors on other people’s land!). However, he isn’t snookered by communist/Marxist society-destroying, religion-destroying, morality-destroying propaganda, masquerading as “liberal,” “Left,”  or “Progressive.” (as heard daily on Marxist propaganda mills like Pacifica radio, especially KPFK radio station out of Los Angeles)
Your traditional American wants to maintain the stability, sovereignty, and cohesiveness of HIS American heritage and not be subverted nor overtaken by invading third worlders being used by Organized Jewish psychopaths intent on destroying the most liberty-protective nation in modern history so they can install their satanic Talmudic Hell Hole.  The satanic Cabalists who promote this takeover agenda are COWARDS to the core. They hide behind their wealth, their banking, corporate or political power power base from which they manipulate OTHERS to do their bidding (E.g. third world invaders, bribed, blackmailed 5th columnists playing ‘politician’, bought judges, etc) while never showing their face or names to the myriad websites and organizations which promote the Protocols’ goals of societal destruction.
The corruption of government agencies, police, and the military to serve the JWO destruction of America  must be addressed and countered. These “training” junkets to Israel by American police, etc MUST be stopped and made illegal. The Patriot Act must be repealed and every agency associated with it, starting with Homeland Security and TSA,  must be dismantled. FBI Fusion centers, NSA data collection centers, etc, etc etc, also must be dismantled. The 9/11 Israeli/CIA/Military Inside Job which spawned the War on Terror has always been a War of Terror against Americans citizens to cow us into submission for their communist takeover of this once great Land of Liberty.
Tony B adds:
All the racism in the U.S. (as well as the “west” in general) is against whites for no honest reason other than that they are white.  The multitude of “crimes” of which whites are constantly accused are common to all races in all places and exist to a much less degree in white nations.
Even in “white” nations, most violent crimes especially, hardly exist among whites, a giant majority being committed by other races allowed into the nation.  This is the reason the FBI quit keeping criminal statistics by race as, every year, by far the greatest number of crimes against people are committed by the once much smaller number of non-whites.
In fact, most of the white haters today in the U.S. are criminals who broke, at the very least, the national laws of immigration and, by this fact, belong in prison or back in their nation of origin, which nations seem in no hurry to reclaim their citizens as well as the talmudic masters of the U.S. are loath to expel them.
Up until WW2, when the U.S. was very white, Americans were known around the world as the most kind hearted people on earth, always ready to help those in need wherever they were.  This FACT has been buried very deep, out of the minds of young Americans today.
Since WW2 the talmudic/cabalic/masonic/satanic conquest of all American venues of authority at the top has been completed and national objectives turned into just another talmudic/satanic hatred of humanity driven in the “trenches” primarily by greed for all worldly wealth; an agenda dead set against the opposite wishes of normal white Americans (as well as a great many non-white Americans).  Thus the agenda desire to destroy the whites whom they know to have the ability to organize and destroy the agenda and its perpetrators.
===============