The Polish Man Who Sent a Car to the Moon

We look with fascination at our students building satellites, rockets, stratospheric balloons, and Martian rovers. However, the Warsaw University of Technology’s affair with space began much earlier, with Mieczysław Bekker, a WUT graduate.

Apollo 11, Neil Armstrong, “small step for a man, one giant leap for mankind” – these are obvious associations when thinking about the first successful human trip to the Moon. It was 20 July 1969, when the world was filled with exhilaration, and the impossible became possible.

Mieczysław Bekker also had a great part in the success of lunar landing programs. He is a constructor almost unknown in Poland and forgotten in the United States, a graduate of the Faculty of Power and Aeronautical Engineering.

Mieczysław Bekker was born on 25 May 1905 in the Strzyżów village in the Lublin province. His father, Marian Wasyl Bekker, was a specialist working in the confectionery industry. Mieczysław Bekker spent his school years in Konin, where he graduated from the humanistic Tadeusz Kościuszko Gymnasium. What’s interesting, he was known even then as an analytic mind: he allegedly trained his mathematical skills on a wooden gate in the yard, which served as his blackboard.

He studied at the Warsaw University of Technology’s then Faculty of Power and Aeronautical Engineering, from which he graduated in 1929. In the meantime, he completed his internship at a Renault factory near Paris. After completing his military service in 1929–1931 at the Sapper Cadet School in Modlin, he returned to the University where he was hired. Until the Second World War, he had been a lecturer at the Warsaw University of Technology’s Military School, where he created the Special Vehicles Laboratory. At the time, he devised and gave lectures on the movement of wheels or tracks on loose ground. 30 years later, Bekker’s achievements with respect to this topic gave rise to a new branch of mechanics: terramechanics. At the same time, he worked on vehicles intended for the Polish Army. The army, which had been undergoing modernization at the time, preparing for future military turbulences, very much required modern technology. Bekker had been, among other things, a member of the team that prepared military car designs: Polish Fiat 508 “Łazik” [Rover], Polish Fiat 508/518, and Polish Fiat 518.

War had interrupted his research and construction works. At first, he participated in the September Campaign; then, together with retreating armies, he crossed the border with Romania. From there he moved to France, where he was hired as a recognised specialist by the Tank Division of the Ministry of Armaments in Paris. France’s defeat in June 1940 forced him to move to Marseilles, where he remained for two years. However, Bekker’s genius could not be wasted. In 1942, the Canadian government made him an offer to take a position at the Armoured Weapons Research Office. With the consent of the Polish government-in-exile, he had also served in the Canadian army in 1943–1956. His career had been gaining ground: in 1956, he moved to the USA, where he worked at the Military Laboratory of All-Terrain Vehicles, and he gave lectures at universities. Bekker achieved his greatest successes overseas: he became a professor of the University of Michigan in Ann Arbor, as well as the director of the General Motors Research Institute in Santa Barbara. 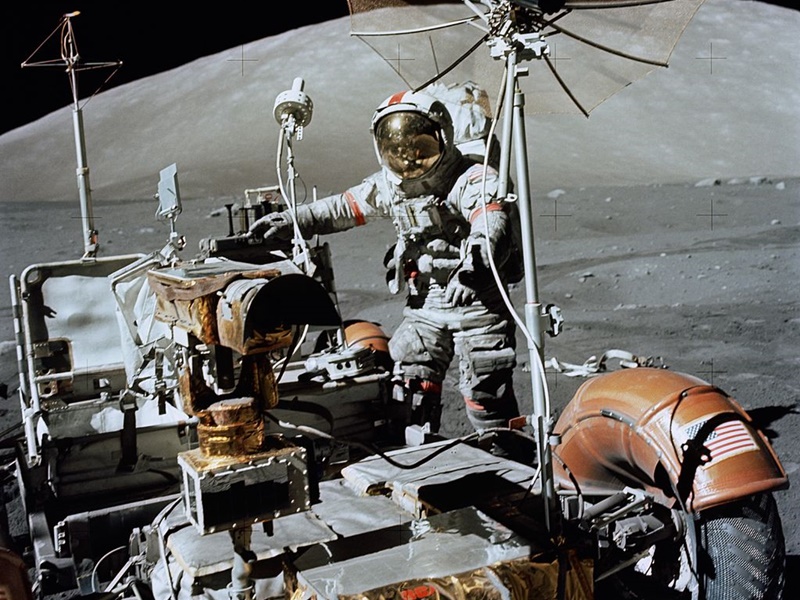 It was October 1st, 1957, when the Soviet Union launched the Sputnik in space. The satellite was the size of a large beach volleyball and caused fear and intensified political debate in the United States. President Eisenhower’s administration replied by establishing NASA. It had begun the space race between the USA and the USSR. Both countries had begun intensified works on space technologies. The 60s saw the launch of the Apollo program, which was supposed to land the man on the Moon and – of course – bring him safely back to Earth.

In 1961, NASA announced a competition for a vehicle that would travel on the Moon. Naturally, Mieczysław Bekker and his team began their concept works. What’s interesting, his competition included a team… of another graduate of the Warsaw University of Technology, engineer Stanisław Rogalski, working for Grumman. Eight years later, the competition’s winner was selected – it was Mieczysław Bekker and his Lunar Roving Vehicle (LRV). The vehicle was built by General Motors and Boeing. Professor Bekker was the author of all technological solutions that allowed the LRV to travel on the lunar surface.

Professor Bekker’s knowledge of adapting wheels to various terrain types was key to building a machine appropriate for lunar conditions. And the LRV’s wheels were the engineers’ most difficult problem. Classic tyres would not work right on a surface covered with moon dust. Constructors also had to consider the difficult terrain shape. Moon’s temperature (or rather – its fluctuations) was also a problem: it varied from +200 to -130 degrees Celsius.

Therefore, Bekker decided to build the wheels using a material (used to manufacture grand piano strings) woven in a mesh with attached titan strips. Each LRV wheel was powered by a separate engine: each generating approx. 0.25 HP. Due to weight limitations of the structure, on-board batteries allowed a maximum range of 92 km. It was also due to safety reasons – if the vehicle broke, astronauts should be in such a distance from the base that could be safely covered on foot.

Bekker’s vehicle weighed nearly 200 kg (even less, considering Moon’s gravity), could fold in half, and carry two astronauts with samples they were carrying. 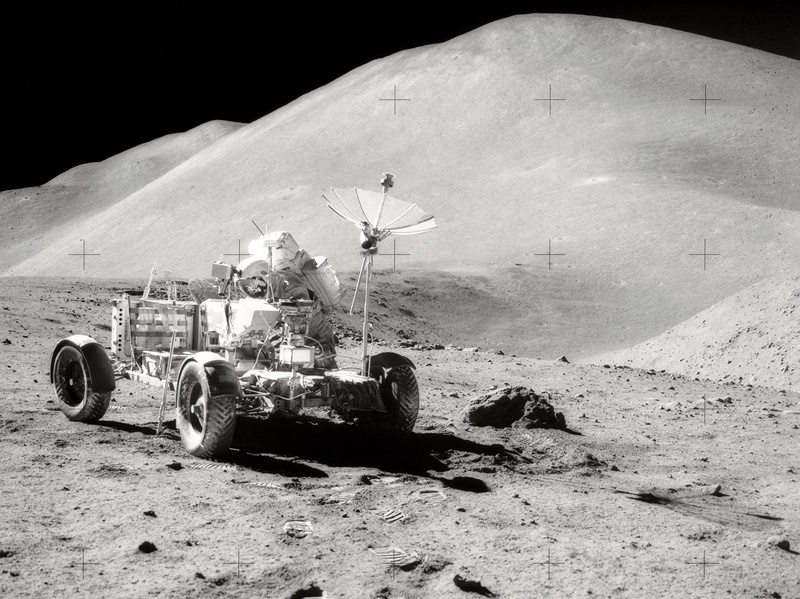 The LRV first touched down on the Moon’s surface on 30 July 1971, during the Apollo 15 mission. Mieczysław Bekker was 66 then. His vehicles also participated in the next two Apollo missions. Three deployments took place during the first one (Apollo 15), where the astronauts travelled 27.9 km in the LRV. The second LRV – during Apollo 16 – travelled 27.1 km, while the third one (Apollo 17) travelled 36.1 km. None of Bekker’s vehicles returned to Earth – all of them remained on the Moon, forever. What was the WUT graduate’s input in the development of space technologies? We believe that as much as 90% of information that we had managed to gather during manned lunar space flights was obtained due to mobility provided by the LRV to the astronauts. Because Bekker’s vehicles remained on the Moon, one of the LRV’s cameras filmed the departure of Apollo 17’s crew from the satellite’s surface.

Office for Promotion and Information

Mieczysław Bekker piloting the Earth version of the vehicle at the General Motors test site, Santa Barbara, USA, 1970, source: The Museum of the Warsaw University of Technology

David Scott by the LRV during the Apollo 15 mission (1 August 1971), photo by NASA, Wikipedia/dp

Astronaut Eugene A. Cernan by the Apollo 17 LRV, 13 December 1972, photo by NASA, Wikipedia/dp