Is it Time to Give Up on Humanity? 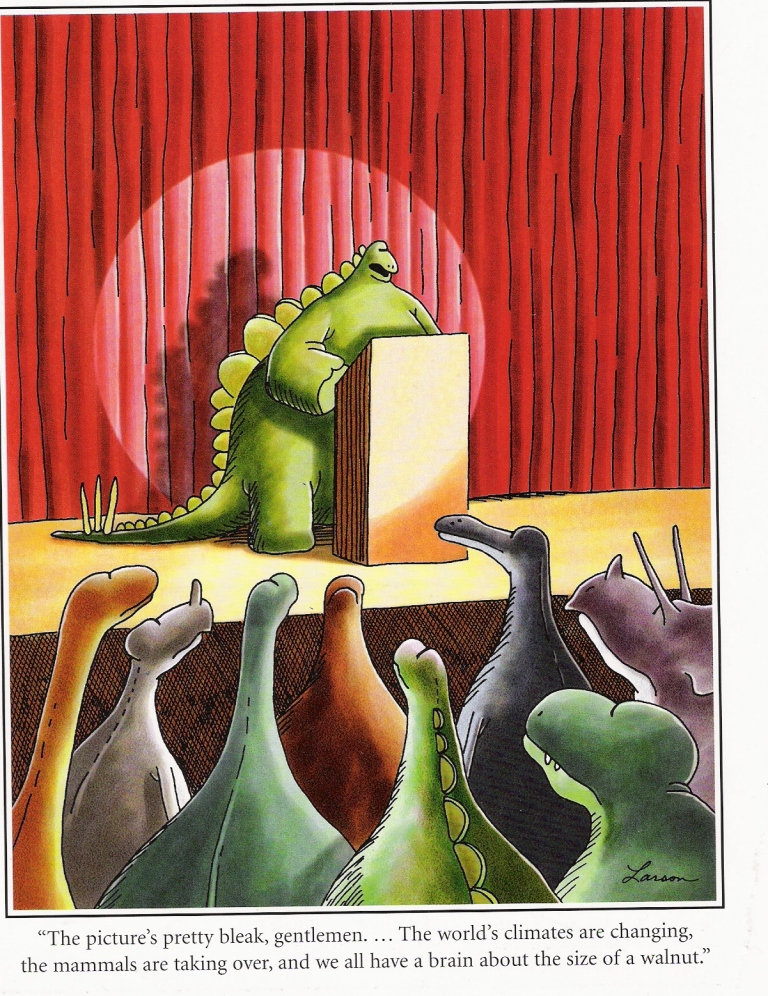 The caption should read:
“The picture is pretty bleak gentlemen. We’ve turned the money system
over to people who hate and want to destroy us.
Our brains are the size of a walnut and our balls are even smaller.”
Mike Stone is almost ready to give up on humanity.”Intelligence used to be valued, he says, but today it’s tough being smart. It’s hard to find friends or romantic partners, or just to relate to people at all. When I say that, some people get very angry. They think I’m insulting them or that I think I’m better than they are, but I’m just stating a fact. The statement, “Ignorance is bliss has never been truer.”
Makow comment- A cosmic struggle between Good and Evil (Life and Death) is playing out on earth with mankind as the prize. Frustrating as the battle is, we can never give up. As events prove us correct, more people will see the light and rally to the cause of Life. In the meantime, my policy is never to raise these questions with people who don’t want to know.
Are You Sleeping Through A Revolution?

by Mike Stone
(henrymakow.com)
In one of his better-known speeches, Martin Luther King, Jr. urged his audience to remember Washington Irving’s story of Rip Van Winkle, the layabout who reclined under a tree and fell asleep for 20 years. King stressed the hidden message that old Rip literally slept through the American Revolution.
To King, the idea that someone could lie sleeping while the world transformed around them was absolutely horrifying. In King’s words: ‘There is nothing more tragic than to sleep through a revolution.”
Now King was a Communist dupe, and the revolution he was fomenting was designed to destroy America, but he was right: there is nothing more tragic than to sleep through a revolution.
As I type these words, a revolution is occurring, both in this country and throughout the world. The target of destruction is predominantly white men, but it includes anyone who holds traditional conservative values. If you’re a conservative or even someone who sympathizes with conservative values, there’s a target on your back. Sadly, the vast majority of those under attack are not even aware that they are targets. They’re literally sleeping through a revolution.
Some of these individuals are beyond repair. The liberals who make up the Democratic Party, the protesters who march down the street in their pink pussy hats, virtually all of Hollywood and Silicon Valley … That bunch can’t be helped. The fires of hell await them. 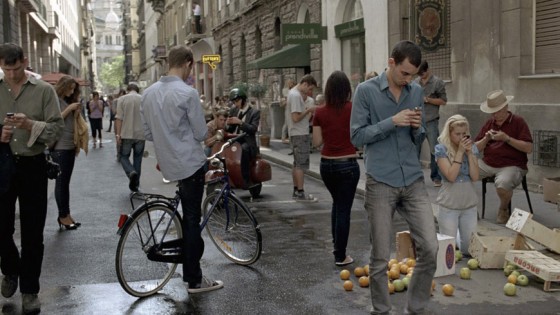 But why do others refuse to wake up? Why do otherwise intelligent people fail to see the danger and fate that awaits them?
Many are simply duped. Led by their noses, they believe whatever the gatekeepers of the right tell them. After all, if their favourite fake-conservative radio host or television personality tells them that race is a social construct, that vaccines are safe and effective, or that Israel is our greatest ally, well then it has to be true, doesn’t it?
Because most whites and most conservatives are honest in their daily lives, they find it hard to accept that others who look the same as they do and who profess to speak to their same interests could be lying to them. The possibility is simply unfathomable.
This naiveté on their part leads them to underestimate the level of evil being directed against them. They think leftists are merely misguided individuals with an irrational hatred of Donald Trump. “If only those liberals had the facts,” these conservatives like to say, “they would think and act just like us.”
Fat chance. Truth and honesty are not liberal values. The reality is most leftists would like to see the vast majority of whites and conservatives dead and buried. Six feet under. Rotting in the grave.
Exactly how these leftists expect the country to function once all the whites are dead is anybody’s guess, as history has provided us with countless examples of cities, regions, and even entire countries crumbling into disarray once white people are gone. Indeed, if every white person in the United States and Canada were to disappear tomorrow, within ten years North America would devolve into the biggest shithole in the history of civilization. Try explaining that to your conservative friends. They won’t be your friends much longer.
Trying to wake white people up from their slumber is a draining task. No matter what facts you give them, no matter how strong your argument, no matter how convincing the evidence, they will continue to believe what they want to believe. They’re too busy binge-watching Netflix (not to mention porn) to be confused with facts.
I used to send five-minute videos to a friend of mine, hoping they would supply enough evidence of Democratic corruption to convince him not to vote their party ticket any longer. He told me to stop sending the videos. Did he watch them, I asked? No, and he didn’t want to. He’d rather watch the latest Star Wars movie.
Prior to the 2016 election, a couple of girls at a Farmer’s Market booth that I frequent told me they were both voting for Killary. I printed a couple of pages off the internet with details about Benghazi, the Clinton hit list, the Vince Foster murder, and the missing emails. The next time I saw them I gave them each a copy.
Two weeks later I asked if they had read the material. They both shook their heads. “Why not?” I asked. “I was too busy,” one replied. “You could read those pages here in five minutes,” I said, “while waiting for customers.” The busy one shrugged. “If it was a romance novel, I would have read it.”
Then there are those who want to believe, who actually do believe, but they’re too frightened of being ridiculed or ostracized by their friends, family, or peers to do anything about it. The term “conspiracy theory” was invented for these very people in order to shame them into submission. Utter those two words and you’ll see these individuals scurrying under the nearest rock. They care more about social status than they do about truth, justice or even life itself.
One of the hardest life lessons I ever learned was realizing that the vast majority of people on this planet are no different than sheep. They can be herded and controlled, and taught what to think and how to think.
Narcissism plays a part too, as most of them are too prideful to consider the possibility that they’ve been conned all their life.
As Gil Scott-Heron famously wrote, the revolution will not be televised. There’s no need to televise it. People are too busy sleeping.
——————————
Mike Stone is the author of A New America, the first novel of the Alt-Right, a dark comedy set on Election Day 2016 in Los Angeles – – Available on Amazon. His book, “It’s OK to be White” was banned by Amazon.
First Comment from G
Folks, forget about the idea that most of the people of the world are “sheeple.”  I do not think it’s true.  They/we may be somewhat compromised, disheartened, but every day most of us get up and make life work as best we can.  This is a time of coming out of the darkness.  Soon, and as life becomes more and more unbearable, many will connect their struggles with the face of the oppressor and sheep will become rams.  I do see it happening, even if it’ll never be on the nightly news.
Myself, I have compassion for those deemed sheep; I know the harm they’ve endured.  I work with them as best I can.  But I LOOK FOR LIONS!!  I seek them out like an archaeologist searching for artefacts.  Rare and hidden sometimes, but there, and sustaining the times.  Lions amongst us, unstoppable voices and researchers, undressing the deception and inserting solutions.  Seek out the lions, validate and support them.  Acknowledge any speck of good they do.  It is they who will lead the way out of this tyrannical darkness, they who are often persecuted, who will risk EVERYTHING to not be an obedient and compliant sheep.  Seek out the lions.
===============
https://www.henrymakow.com/2019/06/Is-it-Time-to-Give-Up-on-Humanity.html

This entry was posted on June 4, 2019 by HKW in Uncategorized and tagged Henry Makow PhD, Human Ignorance, Humanity, Lethargy, Mike Stone, Sleeping Through A Revolution, The struggle between Good and Evil.