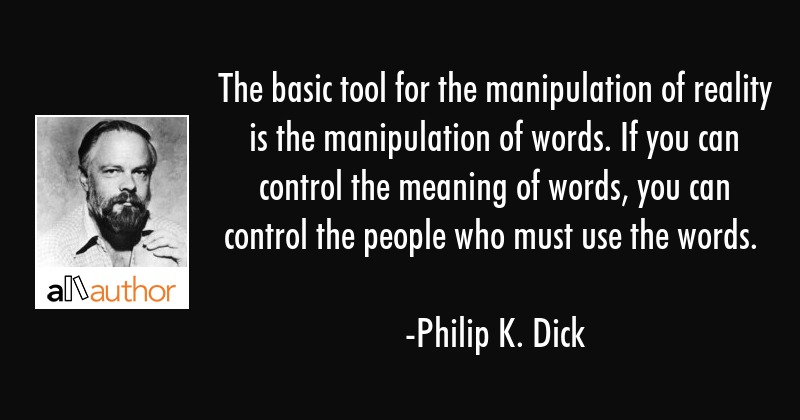 Just as the skewed term “isolationist” was applied to Americans who opposed US participation in the Cabalist bankers’ second white genocide (the Second World War,) a slew of new terms frogmarch humanity into the Cabalist Orwellian NWO. “White supremacist” and “white nationalist” are applied to people of European Christian descent who do not wish to become minorities in their own countries. They are slandered and reviled, accused of “hate” for the crime of defending their heritage. Mossad mass murders are blamed on them.

Language is mind control, part of the Globalist satanic dispensation.
“Haters” are the people Organized Jewry hates. “Far right” is anyone who opposes Communism, which is the bankers’ tyrannical monopoly over EVERYTHING — mental or material. The media lulls us into complacency but world wars were just a facade behind which they erected a totalitarian state. Society is under vicious occult attack.
“We shall purify the idea [of God] by identifying it with the nation of Israel,  which has become its own Messiah. The advent of it will be facilitated by the final triumph of Israel… ”  (i.e. Reality will be inverted so that Cabalist Jews will replace God at the top. They will redefine reality according to their own interests and perversions)
-Otto Kahn – Illuminati Banker Unveiled Method of Control

Here are 15 words the Illuminati have inverted in order to control us.

1. “White nationalist” and “white supremacist” are terms used to describe people who wish to be masters in their own homes, and to maintain their European and Christian national heritage. The fact that these terms are universally used in the mass media reflects the reach of this genocidal and satanic subversion.  Israel, Asia and Africa are allowed to keep their racial and cultural character (for now) but the West is expected to open its doors and subsidize millions of mostly uneducated people from an alien culture. The West has always welcomed ethnic minorities but now they are used by globalists to replace the founding peoples.

2. A “Terrorist” – is anyone who doesn’t have an air force. Terrorists who are trained and funded by the Illuminati are not terrorists but “insurgents.”  Palestinians who shoot popgun rockets and kill 1-2 Israelis are “terrorists.” They have “terror-tunnels” although no terror attacks have emanated from them. Israelis who in 2014 used aeroplanes, missiles and bombs to kill over 2000 civilians, including 500 children, and demolish apartment blocks are not “terrorists.” They are “defending themselves.”
When Al Queda supposedly attacked the World Trade Center, they are “terrorists.” When they are taking down Syria’s Al Assad, they are “insurgents.”
3. “Hate” and “hate speech”  is anything organized Jewry and Freemasonry hates to hear, i.e.resistance to their hateful plan to dehumanize and enslave the human race.  The Talmud which regards non-Jews as animals destined to serve Jews.  But it is never named as hate.
To accuse people who are merely defending their culture and heritage of “hate” is a vicious slander and the epitome of hate itself.
In my experience, most conservatives do not hate anyone.
I hate evil and am not ashamed to admit it. Think of it – add the D to evil and you have the Devil. They are trying to outlaw hatred of the Devil.
Only the people or things they hate are allowed. Look at their pathological hatred of Trump.

4. “Anti Semitism” is supposedly a racial prejudice. However, Jewish bankers admit to using Jews to replace God, abolish all other races, nations and religions, and establish a satanic dispensation on earth. No wonder, people are “anti-Semitic.”  The Illuminati buzzword “anti Semitism” is actually anti-Satanism, resistance to this attack on God and man. 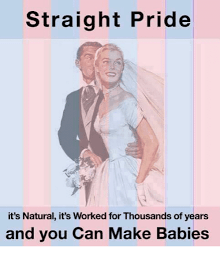 5. “Homophobia” is actually resistance to the Masonic Jewish attack on gender identity under the guise of “gay rights.”  The real hate is heterophobia, the attack on heterosexual institutions like marriage and family. There are four million links to “homophobia” on Google, 25 times as many as to “heterophobia” (160,000.)  Heterophobia is barely recognized as a word, an example of how language is used to reshape society. “Pride” as in “gay pride” is another word they have soiled. Why would anyone be “proud” to engage in dysfunctional, self-destructive behavior?
Recently “transphobia” has been added to this mind-bending vocabulary.
6.  “Sexism” is supposedly hostility to women. In fact, sexism is heterosexuality. By acknowledging the differences between the sexes, sexists are woman’s best friends. Similarly, “feminism” pretends to champion women while actually denying their femininity, encouraging lesbianism and depriving them of their special social role of mother and wife.
7.  “Racism”  supposedly is hostility to other races.  In fact, when they don’t claim to be superior, so-called “racists” are the best friends of other races because they like other races and don’t want them to disappear. They celebrate differences and recognize that mankind is a family. Of course, no one should be expected to forfeit their racial and cultural heritage to satisfy a sick Zionist agenda. “Anti-racists” favor miscegenation so that all races but Israeli Jews will disappear.
Again the term is used selectively. Barbaric murders of white farmers in South Africa get a pass in our virtue signalling media. Israelis treat Palestinians like animals and kill them with impunity. No problem. But impune the virtue of one of their privileged minorities, and it’s career over.
8. “Diversity” pretends to celebrate all ethnic and sexual differences. In fact, it is aimed at curbing genuine diversity by eradicating the influence of European Christian (heterosexual) culture. Promoters of “diversity” are first to shut down diverse opinions.
9. Cisgender is another term. It means you identify with gender corresponding to your genitals.  By referring to be as cisgendered instead of heterosexual, it makes what is healthy and natural appear like a mental choice, which corresponds to transgender ideology they are driving down our throats.10. “Human rights.” These are privileges conferred on select people who are used to deprive other people of their human rights. “Gay rights,” for example, are used to undermine the heterosexual and family identity of 98% of the population by convincing them that sick is healthy and unnatural is natural. 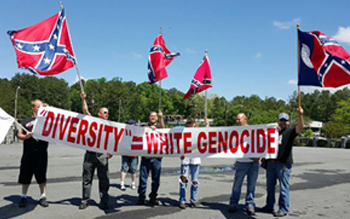 11.  “Patriot” Act. The name uses the 9-11 Illuminati false-flag to gut real human rights and justify constant war and a surveillance state. It is the “Treason Act.” Truly we have entered an Orwellian era of doublespeak.

12.  “Conspiracy” – According to the Illuminati media, “conspiracy” denotes the preposterous concept that some people might target others without advertising the fact and providing the victim with advance warning. (In fact, Western society has been shaped by a Masonic-Jewish conspiracy against God and man.)
13.  “Tolerance” is applied selectively, e.g. tolerance for expression of occult beliefs; zerotolerance for Christian belief.
14.  “Free Speech”  – Snuff films and pornography is free speech but criticism of homosexuality or diversity is “hate.”
15. “Equality” – the notion that different things are the same. i.e. gay marriage is the same as heterosexual marriage; men in combat are the same as women in combat.
Cabalists are reality-creators. They make a reality through their ownership of the education system and the mass media. Naturally, they use language to invert the truth and slander their opponents. In their hands, language is our enemy.Let’s reclaim those buzzwords and say, I am proud to be an “anti-Semite, homophobe, sexist and racist” because it means I am resisting tyranny and defending my identity. I demand real diversity, human rights and patriotism, not doublespeak. 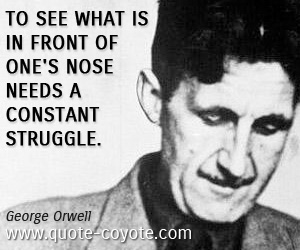 The only real “hate” and “terror” originates from the Illuminati who hate both God and man.—
Honourable Mentions–  “Sexual liberation” – Sex in the context of love is beautiful. Done to satisfy an urge, it is ugly. Sexual liberation is degradation and enslavement to lust.

I welcome your suggestions for the  Illuminati lexicon.

A few words I would add to your lexicon are these.

discrimination:  If you do not accept all forms of evil at all times, you are “discriminating”. 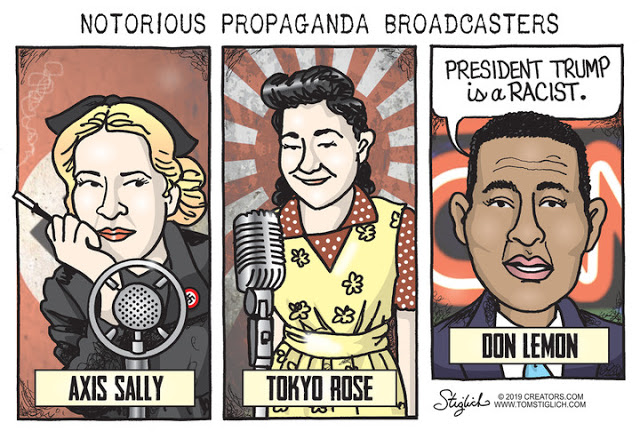 globalism (“global warming”, “global economy”):  The globalists are tacking the word “global” in front of everything these days.  Even before “global warming” was revealed as a hoax, it was never truly “global” because it did not occur across 100% of the globe concurrently.  There is no “global economy”, only sovereign economies being attacked at the same time.  Another favorite phrase of theirs is “this affects us all” (i.e. “We are all one”).  Does the death of Robin Williams really affect the citizens of Myanmar?  No.

empowerment:  Performing half-naked on stage and simulating sex acts is called “empowerment”.  It is actually enslavement to handlers, immorality, and demonic forces.  Notice how the feminists never protest the sexual objectification of Miley Cyrus.  That is because she is promoting the same thing as they are:  Sexual immorality.

bullying:  If you don’t support Gay Supremacy you are a “bully” or “bigot.”  However, if you persecute Christians you are not.