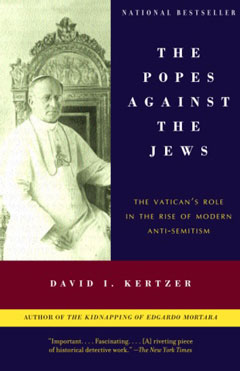 The Illuminati instigated
World War One to crush
resistance to Masonic Jewish
world government (“globalism”.)
The two world wars were organized
by the central banking cartel
to destroy and demoralize the
white nations where resistance to
enslavement is greatest. Are they
planning a third world war
for this purpose?
“Is not war already a revolutionary function? War?  Since [1870] every war was a giant step towards Communism.”  – Illuminati insider Christian Rakovsky, The Red Symphony
“The individual is handicapped by coming face-to-face with a conspiracy so monstrous he cannot believe it exists.” J. Edgar Hoover

“We are in the midst of a phase of history in which nations will be redefined and their futures fundamentally altered.”  –Rupert Murdoch Feb 24, 2009
(Revised from Aug 2, 2015)

Extortion! The Real Reason for War


Lenin defined “peace”as the end of all forms of resistance to Communist (i.e. Cabalist Jewish) despotism.

After WWI and WWII, the League of Nations and the UN both promised world government to prevent war. Indeed, Illuminati globalists always promise this–but we don’t realize they are blackmailing us. They start the wars in the first place.

The Elders of Zion vowed to harass the nations with corruption and strife until they accepted their “Superstate”  (i.e. world government tyranny.)


“The recognition of our despot may also come …when the peoples, utterly wearied by the irregularities and incompetence – a matter which we shall arrange for – of their rulers, will clamour: “Away with them and give us one king over all the earth who will unite us and annihilate the causes of disorders – frontiers, nationalities, religions, State debts – who will give us peace and quiet which we cannot find under our rulers and representatives.”(emphasis mine, Protocols of Zion, 10-18)

For centuries, until after World War Two, the Catholic Church was the bastion of Western civilization and the main obstacle to Illuminati world control.

Recently, the Vatican opened their secret archives and revealed their centuries-long struggle to arrest the Illuminati (i.e. Masonic) Jewish stranglehold on European politics and culture. Jewish historian David Kertzer documents this struggle in his book “Popes Against the Jews” (2001) which of course he spins as the church’s role in creating anti-Semitism.

Nevertheless, the book is a treasure trove of valuable information including a graphic account of the 1840 “Damascus Affair,” the most famous instance of satanic Jewish human ritual sacrifice. (pp.86 ff.)

The salient points are:

1. A prominent Italian Capuchin monk, father Tommaso was ritually slaughtered (and blood drained) by prominent cabalist Jews.
2. They confessed and led authorities to his identifiable remains and clothing.
3. The Rothschilds sent a delegation of prominent English Jews to Damascus and pressured all concerned to say the confessions were extracted by torture.
4. The Pope, Gregory XVI, had reliable intelligence and refused to knuckle under. Nor did any future Pope. They also had the testimony of a Moldavian priest, a former Jewish rabbi, who described and explained all the rituals, including the use of Christian blood in Passover matzoh. (92)

When a new ritual murder was reported in Hungary in 1899, the official Vatican newspaper L’Observatore Romano issued this warning “not to all Jews but to certain Jews in particular: Don’t throw oil on the fire…Content yourself with the Christian’s money, but stop shedding and sucking their blood.” (163)

Obviously, these instances of human ritual sacrifice are relatively rare. The mass of Jews are not satanic and genuinely want assimilation. Only Satanists among them engage in this practice. Nonetheless, all Jews are implicated by denials and cries of “blood libel.”

Satanists –Jewish or not–engage in human ritual sacrifice. The Illuminati do it regularly. In addition, they have been doing it to the human race for centuries by virtue of war.

While Jews are not Satanists, their leadership, the Illuminati bankers, are.

In 1913, Illuminati bankers went to great length to whitewash the rape and murder of a 14-year-old girl in Atlanta Georgia by Leo Frank, the head of the local B’nai B’rith lodge. They even bribed the jury and the governor.  (See the full account in Michael Jones, The Jewish Revolutionary Spirit, p. 707-729)

For these Illuminati Jews, lying and deception are the norm, what they call “magic.” They have convinced their fellow Jews that anti Semitism is a sickness of the Gentile mind, a delusion, when in fact it is resistance to the satanic Illuminati agenda. Ordinary Jews will be sacrificed when the going gets tough unless they take a stand against their “leaders.”

The naïveté of Jewish intellectuals is well illustrated by Kertzer himself. He portrays Vatican opposition to Masonic Jewish control as a reflex born of prejudice, envy, and fear of change. Yet, he relates that both Bismarck and Metternich, the Austrian Chancellor, were in the Rothschilds’ pocket. Metternich depended on them for loans to keep his government afloat as well as “when members of his own family needed financial help.” (80)

Kertzer quotes voluminously from Catholic newspapers: “The Jews will be Satan’s preferred nation and his preferred instrument…The Jew Freemasons govern the world…in Prussia of 642 bankers, 550 are Jews and in Germany, in Austria and in some parts of the Orient, the word invasion is no exaggeration to express their number, their audacity, and their near-irresistible power.” (172-3)

Wherever they live “the Jews form a state within a state,” an Italian monk wrote in 1825. Unless Christians act quickly, the Jews will finally succeed in reducing the Christians to be their slaves. Woe to us if we close our eyes! The Jews’ domination will be hard, inflexible, tyrannical…” (65)

In 1865 the editor of Civilta Cattolica warned of secular Jews joining Masonic secret societies “which threaten the ruin and extermination of all Christian society.”

Such sects “express that anger, that vendetta, and that satanic hate that the Jew harbors against those who–unjustly he believes–deprive him of that absolute dominion over the entire universe that he Jewishly believes God gave him.”  (139)

In 1922, the Vienna correspondent for Civilta Cattolica wrote that if present trends continue, “Vienna will be nothing but a Judaic city; property and houses will all be theirs, the Jews will be the bosses and gentlemen and the Christians will be their servants.” (273)

Like most Jewish intellectuals, Kertzer is incapable of seeing the viewpoint of people his masters wish to despoil. He treats Catholic grievances as delusions and naively argues that Freemasonry was just a way of “providing satisfying social interaction.” (p.174) His book was partly sponsored by the Rockefeller Foundation.

Americans eventually will discover that the Illuminati has waged war on humanity for centuries and the US media and education system are a farce. They will recognize the outsized role played by Jews in enacting this diabolical agenda.

Hopefully, people will also see the huge role played by non-Jewish satanists. For example, the Illuminati Skull and Bones was founded at Yale in 1832 but didn’t admit Jews until the 1950’s. Their members undermined American life from inception.

Now is the time for people to decide where they stand, with the Illuminati and the “peace” of slaves, or with their fellow citizens and freedom.

As Illuminati agent Leonard Cohen wrote in his song, “The Future”—“I’ve seen the future baby and it is murder.”

Related: Makow –The Devil & the Jews

“Battle Brewing Between US States and Federal Gov’t.”