7 Most Polish Cities Outside of Poland

It is estimated that the Polish diaspora numbers 20 million people, which is more than half of Poland’s population. Persons of Polish descent live across the entire globe, sometimes forming a large and influential population segment of foreign cities like Chicago or Toronto. Read below where to find a bit of Poland away from the homeland.

With over 218,000 inhabitants with roots in the Land on the Vistula, the Big Apple is often called America’s most Polish town, along with Chicago. One of the city’s neighbourhoods, Greenpoint, is sometimes called Little Poland due to its strong Polish presence, which has started to settle there in the late 19th century. There are Polish food stores and restaurants galores, and there is a Polish-themed Greenpoint Arts Block Festival. Michał Wojnicz, discoverer of the famous Voynich Manuscript, came to live in New York shortly before World War I, bringing his legendary find with him, which is one of the reasons why the precious manuscript is now American-owned.

Voynichese – The Hardest Language on Earth

In 1912, the Polish bookseller and former revolutionary activist Michał Wojnicz, better known as Wilfrid Voynich, came into the possession of a mysterious, peculiarly illustrated 15th century book written in what appeared to be a peculiar foreign language.
#heritage#culture

Many illustrious Poles, like Maria Skłodowska-Curie and Fryderyk Chopin, have strong ties to Paris. The Nobel prize winner, who was married to a Parisian, rests in a grave at the Panthéon, and the genius composer spent 18 years of his short life here and is buried at the famous Pere-Lachaise cemetery. The city has become a hotspot of Polishness in the 1830s, when a massive wave of immigrants from partitioned Poland fled there after the failed November Uprising, a Polish rebellion against Russian rule. Over the years Poles have left their mark on the city: there is a Polish school in Batignolles and a considerable Polish library. About 300,000 people with Polish roots currently live in the city.

Chopin died in 1849 and was buried at the Père Lachaise Cemetery in Paris. His heart, however, was taken out and taken to Warsaw. Was it because he wanted part of him to rest eternally in his lost homeland, or was there a more macabre reason?
#music#culture#asia

Polish immigrants started coming to Toronto in significant numbers in the 1870s. Today the city’s Polish community counts about 200 thousand, many of whom live in the Ronscevalles neighbourhood. This area is filled with Polish establishments such as the legendary Café Polonez, where you can get traditional borscht and pierogi. Once a year, Ronscevalles Avenue is closed off for the Ronscevalles Polish Festival, which features Polka music and folk dance performances. Geddy Lee, member of the famous Canadian rock band Rush, was born in Toronto to Polish-Jewish immigrants.

How I Found Out That Polish Folk is Not Lame

The first time I saw them I thought: “lame”. Yes, lame. One can blame my age, or to be exact, the seventeen-year-old taken away from her friends and family to the world’s loneliest city: Perth, Western Australia.
#performing arts#culture

In a certain sense London was the capital of Poland for nearly half a century. From 1940 to 1989 it was the seat of the Polish government in exile, the legitimate continuation of the government of the Second Polish Republic which was abolished by Nazi Germany and the Soviet Union in 1939. After the fall of the communist regime imposed on Poland as a consequence of World War II, the government in exile returned its insignia to the Motherland, showing symbolically that real independence had been finally regained. Because of the War many Poles immigrated to London, among them Jan Pieńkowski, who became a noted English children’s books illustrator. Today, many of the approximately 185,000 Poles living in this city are recent immigrants.

The Polish Walk To Freedom In 13 Iconic Photos

Poland’s walk to freedom was crowned by the fall of communism, but the road was longer and much more arduous than people realise. Culture.pl commemorates this year’s anniversary of the introduction of the martial law by retracing these courageous steps with 10 iconic photographs.
#heritage#culture

Poland and Lithuania formed a union from the 14th to the late 18th century. The ties between the two countries were once so strong that the Polish national epic poem Pan Tadeusz starts with the words ‘Lithuania, my country!’. Significant Polish influence on Vilnius dates back to the times of Władysław Jagiełło, who became king of Poland and Lithuania in 1385 and as such brought to the city many artists, merchants and artisans from Kraków. Today there’s about 87,000 Poles living in Vilnius, most of whom have resided there their entire lives. The city boasts the house in which the great Polish poet and dramatist Juliusz Słowacki lived in his youth, and a House of Polish Culture.

How Much Do You Know About Polish History? [QUIZ]

In fact Chicago isn’t the ‘biggest Polish city outside of Poland’, but nevertheless it is home to an impressive Polish community. There is a neighbourhood called the Polish Village, many Polish restaurants and stores as well the Copernicus Center, a building remodelled to resemble Warsaw’s Royal Castle. The first large wave of migrants from Poland came to the Windy City in the 1850s. The Polish-Jewish Chess brothers came to Chicago in 1928, where they started the legendary Chess Records in 1950. This label released songs by celebrated artists like Muddy Waters and Chuck Berry. The metropolitan area of Chicago (not the city itself) is inhabited by approximately 1.5 million people of Polish descent. 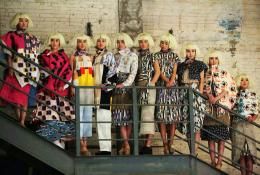 Poland, But Not as We Know It: Polish Festivals around the World

For people thousands of miles away, Poland can seem a little bit far – if you can’t be there physically, perhaps one of these 8 major festivals abroad will satisfy your hunger for a bite of Poland.

The capital of the Brazilian state of Parana is home to about 400,000 people with Polish roots. In this town there are plenty of traces of Polish influence which has been quite noticeable since the second half of the 19th century, when Poles came there en masse for the first time. Curitiba has for example a highly successful amateur football team who wear jerseys with the Polish eagle, a large park named after the Polish pope John Paul II and a well-known restaurant specialising in pierogi called Tadeo Rei do Pierogi.

7 Most Polish Cities Outside of Poland – Part 2

The Polish diaspora numbers about 20 million and often forms large and influential communities within cities outside of Poland. The first part of this article listed well-known Polish hotspots like Chicago and London, but in this follow-up we take a look at some smaller cities that are no less Polish at heart.
#lifestyle & opinion#culture

Brazilian photographer Cristiano Mascaro tells us about the glamour of the shipyard’s ruins and about the pleasure of watching, about photographic plein-airs of Łódź and Gdańsk’s historical emotions.
#photography#photography & visual arts#architecture#culture

Polish Place Names Around the World

From Siberia to the Andes, from Greenland to the South Pole, the world is full of Polish traces. Inscribed in both landscapes and on maps, Polish place names can be found on all 6 continents.
https://culture.pl/en/article/7-most-polish-cities-outside-of-poland

This entry was posted on December 8, 2018 by HKW in Uncategorized and tagged Language, Poles outside Poland, Polish culture, Polish literature.