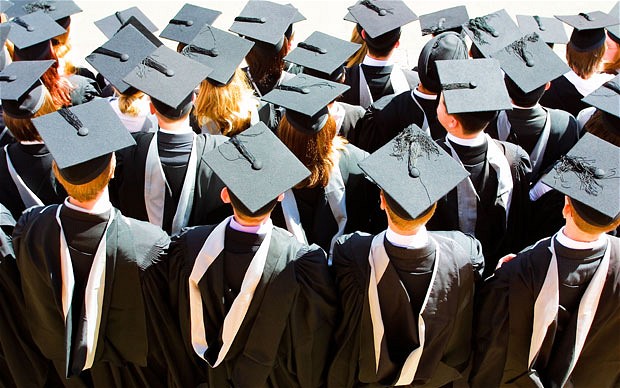 The mortarboard and black gown signify that, unwittingly, graduates have received a Masonic (satanic) indoctrination.

As students return to university,

I re-post this reminder that humanity has been colonized by a satanic cult.

This colonization of the mind

is now explicit in the draconian limitations

being imposed on free speech and inquiry.

Like deaf men tuning a piano, professors try to explain the human condition without any reference to the Creator, or man’s Divine Spirit.

“In order to effect the destruction of all collective forces except ours, we shall emasculate the first stage of collectivism, the universities, by re-educating them in a new direction.”  Protocols of Zion, 16

(This revised key article was first posted in 2004. I wrote the original in 1982, after graduating from the University of Toronto with a Ph.D. in English Literature. )

I’d only send my son to university if he had no talent.

The modern university is not devoted to truth, quite the opposite. Feminist and homosexual shibboleths are rampant on campus but they are only symptoms of a much more profound problem.

Modern Western “culture” is based on the fraudulent assumptions of the “Enlightenment,” a Judeo Masonic (Illuminist) movement dedicated to creating a new (secular) world order by denying the existence of God and immutable natural and spiritual laws. 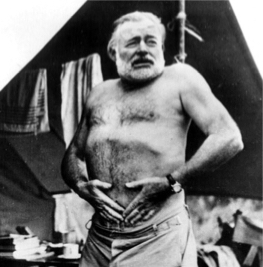 (Ernest Hemingway may have been a Communist agent. Illuminati decide who will be read.)

In practice, this means Arts students treat atheists as if they were Gods. Pious professors are highly-paid priests in this secular cult.

Like deaf men tuning a piano, they try to explain the human condition without any reference to the Creator or man’s Divine Spirit.

They portray man as a forlorn animal in an amoral mechanistic universe, engaged in a merciless struggle for survival, alienated from nature and his fellow man.

They promote “freedom” by which they mean the freedom to reject God’s Order, indulge animal appetites, and create a solipsistic and dysfunctional personal reality.

God represents moral spiritual absolutes like love, truth, goodness, beauty, and justice. Belief in their reality is essential for our healthy development. While our culture pays lip service to them (this is how fraud works), it is frankly devoted to their demise.

Modern education and culture are designed to make us dysfunctional. The Protocols of the Elders of Zion confirms this. The Protocols is not an anti-Semitic diatribe. (They say that because they don’t want you to read it.) It is the blueprint of the New World Order, which is now in place.

Here are some relevant statements from Protocol 16. 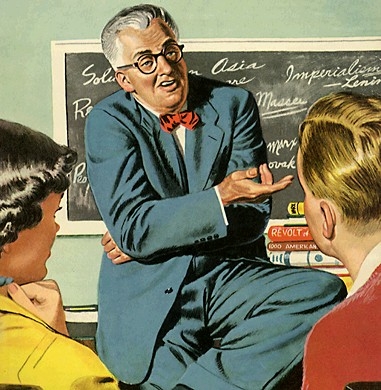 “We must introduce into their education all those principles which have so brilliantly broken up their order.”

“Do not suppose for a moment that these statements are empty words: think carefully of the successes we arranged for Darwinism, Marxism, Nietzsche-ism…. it should be plain to see what a disintegrating importance these directives have had upon the minds of the goyim. ” (Protocol 2)
Let me remind you of a passage from a 1930’s Communist manual on brainwashing. “In the United States, we have been able to alter the works of William James, and others, …and to place the tenets of Karl Marx, Pavlov, Lamarck, and the data of Dialectic Materialism into the textbooks of psychology, to such a degree that anyone thoroughly studying psychology becomes at once a candidate to accept the reasonableness of Communism.”

“As every chair of psychology in the United States is occupied by persons in our connection, the consistent employment of such texts is guaranteed… Educating broadly the educated strata of the populace into the tenets of Communism is thus rendered relatively easy.” (II, Ch. 11)

BOW DOWN BEFORE “GREAT MEN”

At university, students encounter “The Cult of Great Men,” the pantheon of modern pretenders who have usurped God’s place.

Their every utterance is treated as Holy Writ. Scholarly articles are devoted to words that later turn out to be typos.

In a graduate seminar, I witnessed a student list filthy obscenities that had been censored from William Faulkner’s novel “Sanctuary.” After each expletive, the other students gasped with horror as though a religious artifact had been desecrated.

Professors, the pampered priests of this secular cult, have a vested interest in maintaining its shibboleths. They initiate students into a lifelong habit of mental servility. All knowledge comes from Great Men. Students can only aspire to analyze their meaning. A professor told me I had failed an exam because “only great men can say things like that.”

The students’ state-of-mind becomes passive and disoriented. He struggles to reconcile contradictory world-views.
One day I had an awakening. Don’t these “great men” live in the same world as I live in?  Dare I think for myself?

Dislocation takes place in time as well as space. By continually studying the past, the student thinks nothing remains to be done. No manifestos remain to be written, no Bastilles need to be stormed.

While the world cries out for leadership, the new generation is buried in musty manuscripts writing footnotes to dead men.

As you’ve gathered by now, a humanities education is not intended to uplift or empower. The world is owned and run by a secretive inbred banking cabal and its lackeys. Its goal, in the words of Cecil Rhodes, is to “gradually absorb the wealth of the world.” Naturally, it must obscure this plan. They want to make students their tools. Professors who don’t play the game are fired.

The Rockefellers regard human beings as domestic animals. This is implied in  “Occasional Paper #1” of their General Education Fund: 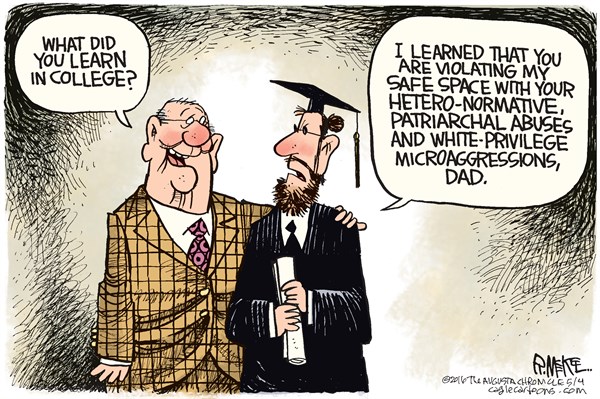 “In our dreams, we have limitless resources and the people yield themselves with perfect docility to our molding hands. The present educational conventions fade from our minds, and unhampered by traditions, we work our own good will upon a grateful and responsible rural folk.

We shall not try to make these people or any of their children into philosophers or men of learning, or of science. We have not to raise up from them authors, poets or men of letters. We shall not search for embryo great artists, painters, musicians, nor lawyers, doctors, preachers, politicians, statesmen of whom we have ample supply.

The task we set before ourselves is very simple as well as a very beautiful one, to train these people as we find them to a perfectly ideal life just where they are.”  (“The Rockefeller Empire” in Josephson, “The Strange Death of FDR” 1948, p. 69)

If you haven’t noticed, universities are not places of invigorating inquiry and debate. They are stagnant backwaters that reek of moral compromise and disillusionment. There are hundreds of them we have never heard of – comfortable sinecures and hotbeds for sports.

Mankind is groping in the dark. “All we know is the wind that blows,” Thoreau wrote. Our false confidence is based on material progress and technology, which Thoreau calls “improved means to unimproved ends.”

“We have turned the brainless head of the goyim with progress,” says the Protocols( XIII). With the exception of “material inventions” progress “like a fallacious idea, implies a departure from truth in all cases.”  A franker confession of satanic intent, I have never seen.

In other words, the Illuminists have infected mankind with the illusion that they are building a humanist utopia based on reason, when in fact they are constructing a neo-feudal tyranny. Progress means we are closer to satanic possession. This is the essence of “globalism” and the principle behind world events.

God is a Spirit or state of consciousness where ideals of justice goodness truth and love are self-evident. The Illuminists’ first priority is to destroy Christianity and belief in God. They have to sever humanity from its metaphysical moorings in order to substitute a false reality conducive to their rule. 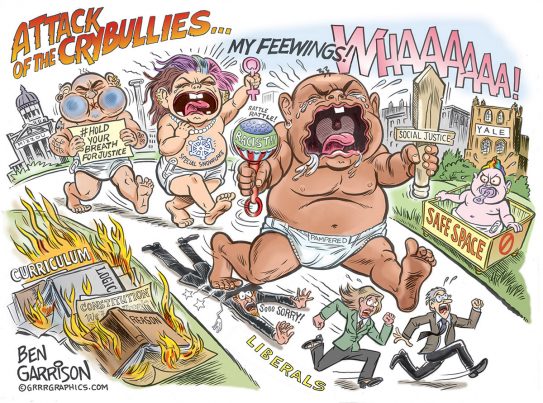 Humanities education today is a placebo, a substitute for a true education. It is indoctrination which qualifies you for employment.

Students should eschew the humanities and social sciences. They should only take practical programs like sciences, engineering, computers, pharmacy, commerce etc. which are not ideological and guarantee employment.

The world will not be saved by acts of God but acts of men representing God. Our duty is to take spiritual ideals seriously in our personal lives and bring them into the world. The cost of rejecting God is to become slaves of very bad men.

Paying for Credentials Not Education

How the Illuminati Control Culture

The aim is to Destroy Western Culture

Read Noam Chomsky “The Fate of an Honest Intellectual”

Sorry to say most classes did not answer in the affirmative. I would then bring this up in class and it made me enemies with the professors.  Needless to say many would give me bad marks or even fail me.

These professors colluded to get me expelled which they did.  I was told that higher education was not for me and that I should find a trade.

This is what happens to those that question the high priests of academia.  Other students told me to just keep my mouth shut, just cram and forget they’d say.  I just could not pay the high tuition and sit idly to have to learn nonsense day after day.  I wanted to learn,  I wasn’t there for the degree.

Today I am glad that I stood up for truth and didn’t kowtow to the religion of academia. I completed my education seeking out individual leaders of their respective fields and enjoyed personal mentorships with clear thinking honest intellectuals.  This took me to 3 different states in the USA and to Shandong University in China.

To this day, I still search for the leaders of their fields and they freely give me advice and point me in the direction I need to go.  This is one area that I cannot deny the hand of God and his guidance.

I could not get the education I craved in any university and I see it as much worse today than what it was decades ago.  Your not getting educated,  you are blindly jumping through hoops for a work pass.

Free thinkers are not allowed.

This entry was posted on August 31, 2018 by HKW in Uncategorized and tagged Education, Henry Makow, Masonic Brainwashing, Universities.