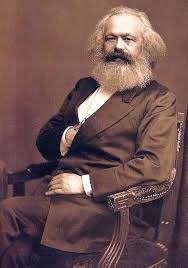 May 5 is the 200th anniversary of Karl Marx’s birth.

“In order that the true meaning of things may not
strike the goyim before the proper time,
we shall mask it under an alleged ardent desire
to serve the working classes…”
Protocols of Zion VI

by Metapedia
(abridged by henrymakow.com)

Karl Heinrich Marx (5 May 1818 – 14 March 1883), was a 19th century Jewish political ideologue who presented himself to the world as a journalist and economist. He is best known for subverting the nascent Socialist movement, likely as an agent of his cousin Rothschild; and on instructions from his mentor Moses Hess, creating a supposedly “scientific” theory known as Marxism.

Marx came from a long line of Jewish rabbis. He lived in Dean Street, London in squalor. He used to visit the Red Lion Pub at Great Windmill Street, Soho where he and Friedrich Engels were asked to write what became the Communist Manifesto. His best known work is the book Das Kapital, which fails to mention that money is printed out of thin air and by his cousins, the Rothschilds.

Karl Heinrich Marx was born in Trier, Kingdom of Prussia on 5 May 1818, an Ashkenazi Jew, to Hirschel Mordechai and Henriette Pressburg. Marx’s Jewish name is Chaim Hirschel Mordechai. Marx descended from Talmudic rabbis; his paternal ancestors had provided rabbis to Trier since 1723, a post last held by his grandfather.

During the Napoleonic War of the Sixth Coalition, [Marx’s father] Hirschel Mordechai became a Freemason in 1813, joining their Loge L’Ètoile anséatique (The Hanseatic Star) in Osnabrück.[3] After the war, he feigned conversion to Lutheranism as a means to better infiltrate Prussian society. He pretended to be an “assimilated” bourgeois Enlightenment liberal, interested in “free thought” and was wealthy, owning some Moselle vineyards.

One of Marx’s grandparents was Nanette Salomon Barent-Cohen, who belonged to a wealthy Amsterdam family. Her cousin had married Nathan Mayer Rothschild and bore Lionel Nathan Rothschild, “Baron” and Member of Parliament for the City of London.

Critics have suggested that Marx’s mission was to co opt the nascent socialist movement. Before Marx ever wrote a word, following the industrial revolution,  the socialist movement already existed in Germany, France, Britain and elsewhere. Marxists have tried to monopolize socialism and insist that unless you follow Marx’s theories, you cannot be a socialist. This is a clear fraud and usurpation.

A major question in this regard, is “who was behind Marx?” The book Der preußische Regierungsagent Karl Marx by Wolfgang Waldner, suggests that initially Marx worked as a police spy for the Prussian regime.[9][10][11]

Waldner mentions the fact that Marx married Jenny von Westphalen in 1843. She came from a wealthy Prussian family. Her brother was Ferdinand von Westphalen, who was Prussian Minister of the Interior from 1850-1858. Ferdinand, Marx’s brother-in-law, was regarded as  “reactionary”, who ran a vast spy network which kept tabs on dissidents…

Marx moved to London in 1849…While Marx was authoring Das Kapital in the British Museum reading room, his famous cousin Lionel de Rothschild, conveniently, was MP for the City of London (1847-1868 & 1869-1874).

The Rothschilds (Marx’s third cousin by blood) and other Jewish finance syndicates were very prominent in promoting “Jewish emancipation”  and Masonic, liberal and Protestant ideas which took hold of society at the start of the 19th century…. 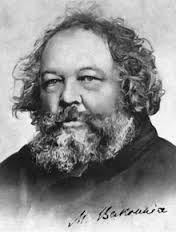 The idea of Marx as a Rothschild shill…was raised as a concern by his contemporary rival in the First International, Mikhail Bakunin in 1869,[18][19] who was not even aware of the fact that Marx and Rothschild were cousins. Bakunin wrote presciently:

“This world is now, at least for the most part, at the disposal of Marx on the one hand, and of Rothschild on the other. This may seem strange. What can there be in common between socialism and a leading bank? The point is that authoritarian socialism, Marxist communism, demands a strong centralisation of the state. And where there is centralization of the state, there must necessarily be a central bank, and where such a bank exists, the parasitic Jewish nation, speculating with the Labour of the people, will be found.    ”
–Mikhail Bakunin, Profession de foi d’un démocrate socialiste russe précédé d’une étude sur les juifs allemands, 1869.[18]http://en.metapedia.org/wiki/Karl_Marx

Perhaps the most pronounced and consistent aspect of Marx’s ideology was his extreme and radical hatred of Russia [the last bastion of Christian civilization…]… He and Engels regarded Russians and Slavs in general as subhuman (völkerabfall) barbarians. Had he lived to see his ideological heirs Vladimir Lenin,✡ Leon Trotsky,✡ Grigory Zinoviev✡ butcher them by the millions, he would no doubt have cackled in orgasmic joy at the horrors visited upon them; men, women and children.

Marx used the newspaper Neue Rheinische Zeitung to try and incite a war against Russia.[20] This Russophobia was also behind the strange alliance with Tory, David Urquhart, when he moved to London and Marx thus has the blood of the people who died in the Crimean War on his Jewish hands. Henry Hyndman, who spent many hours in Marx’s company in his Record of an Adventurous Life attributed this anti-Russian obsession to Marx’s Jewish ethnocentrism.[21] The Soviets tried to cover up this fact about Marx…

“The Jew has emancipated himself in a Jewish manner not only by gaining financial power, but because through him and without him money has become a world power and the practical Jewish spirit has become the practical spirit of the Christian nations. The self-emancipation of the Jews has gone so far that the Christians have become Jews. Yes, the practical dominion of Judaism over the Christian world has reached its normal, unambiguous expression in North America. ”

“We recognize therefore in Judaism a generally present anti-social element which has been raised to its present peak by historical development, in which the Jews eagerly assisted, and now it has of necessity to dissolve itself. In its final meaning, the emancipation of the Jews is the emancipation of humanity from Judaism.”

” The chief mission of all other races and peoples, large and small, is to perish in the revolutionary holocaust.    ”
–Karl Marx Die Neue Rheinische Zeitung NZR January 1849, [23]

Thanks Clifford Shack for this tip!

Marx & China: Globalists’ Model For A NWO  (YouTube)
Marx and the Occult

The Bund actually had prominent members in its ranks, many of them Jews, for example, a member of the Oppenheimer family, who are said to be one of the thirteen Illuminati bloodline families. Marx was just an agent of the Illuminati and not a fighter for mankind.

It must also be remembered that Marx was employed by Lord Palmerston and wrote his manifesto during his employment. Queen Victoria’s consort.  Lord Palmerston was probably the most evil man of the 19th century. He was the chief instigator  of the Crimean war, the Taipei Rebellion, the American civil war and the various difficulties in India/ Burma totaling an estimated 35 million dead.

Palmerston employed Marx to come up with a new system of government and economics purposely designed to not work as an answer to Lincoln’s National Bank.  Palmerston and his banking ilk regarded Lincoln’s national bank as a direct threat to British hegemony and imperialistic predatory banking.

Palmerston paid Marx so poorly that two of his children starved to death while under his employ.

Russia’s secretary of economics Sergei Witt was working to instigate the National Bank of Russia, while Bismark was doing so in Germany.  In China, after WWI there was a movement towards a National Bank being pushed by American educated Sun Yat Sen.

Britain’s crown and banker cartel’s goal was to turn the Russians against Germany and to replace the nationalistic tendencies with a counterfeit system called Communism thus maintaining their hegemony.  Thus WW1 and the Chinese Civil War were all British/Dutch banker’s machinations.

Today the Anglo/Dutch imperialistic banking system is unraveling at breathtaking speed before our eyes. China has just opened an international development bank and has accepted membership from many nations. BRICS is what will save this planet from falling into chaos.

This is the real reason for the push for WWIII by the evil City of London, it means the end for them.

I am pleased with this late and unexpected development. This is a possibility of having a fair and just economic system and eliminating poverty once and for all.

However, in the meanwhile, the dollar/euro zones will take a drubbing and many innocent will suffer deprivation.  But something great could happen,  I see the potential and I am hopeful.

Everything Palmerston and the City of London pulled has come full circle, let hope and pray WWIII does not happen.

This entry was posted on May 8, 2018 by HKW in Jews, Uncategorized and tagged Communism, Henry Makow, History, Karl Marx, Rothschilds, Zionism.