The Emperor Has No Clothes: The Doctor Has No Cures!

His sister, about 13 years old, responded “I don’t want to be a doctor like him. He doesn’t have any cures!”

“Don’t talk like that,” the mother interrupted, “of course he has cures. Everyone knows the doctor has cures. He just doesn’t have them in the car, they’re at the pharmacy.”

The girls responds, knowingly,”There are lots of medicines in the pharmacy, but I can’t find any cures there. And, I checked all of the medicines in our medicine cabinet. None of them say ‘cure’ either.”

“Why were you checking our medicines?”, asked the mom, curious.

“I’m writing a report for school about ‘cure’. But when I went to the library and checked the medical dictionary, the word ‘cure’ was not in the dictionary.”

“I couldn’t believe it myself”, the girl responded, “So I went back the next day to check again. Our library has the Oxford Concise Medical Dictionary, latest edition. The words cure, cured, and cures are not in the dictionary. That’s why I say doctors don’t have cures.”

“How come you’re writing a report about cure, when you don’t want to be a doctor!” the boy challenged.

“We were studying scurvy in school. Our book said that people from England were called ‘Limeys’ because they learned to cure scurvy with limes. I had to write a report, but I thought everybody would write about scurvy – so I decided to write about cures. The problem was, I couldn’t find any, except for penicillin”.

“Then, I had an idea!”, she said with excitement, “and we looked up scurvy”.

“And what did you learn?”, asked the mom.

“Well, scurvy is in the book. But there is no cure. The book recommends a treatment with ascrobic acid, or something like that, and a healthy diet. But it doesn’t say how to ‘cure’ scurvy”.

“I still want to be a doctor, and ride in a red convertible!”, the boy exclaimed.

The girl replied angrily, “I don’t want to be a doctor like that, I’d rather be a doctor who cures”.

Do doctors have any cures? I recently surveyed 6 current medical dictionaries, but 5 did not contain the words cure, cures, nor cured. Most also provide no definition for ‘incurable’. Don’t believe it, check it yourself, and message me. I’d love to see other dictionary definitions of cure – I’ve become a bit of a collector. I’m also curious to know if this is happening in other languages?

Some people claim cures are illegal, because the U.S. FDA says that only a drug can cure a disease. But there are no laws against curing. The laws are against ‘claiming’ that something will cure – unless it is an approved drug. When I checked the 100 best selling medicines of 2012, only four of 100 claim to cure any illness.

Five prestigious medical diagnosis and treatment books do not have ‘cure’ in the index, nor in the table of contents. Cure is occasionally used in the texts, but is not defined, and is not used consistently.

Dictionary (non-medical dictionary) definitions of cure are simplistic nonsense, the worst being “the act of making someone healthy again after an illness” in Webster’s, as if you first wait for the illness to go away, and then you cure the patient.

Cures are not defined in modern medicine, except for illnesses caused by parasites – cured by poisons like penicillin. Illnesses caused by lack of healthiness, like scurvy, obesity, beriberi, heart disease, hypertension, even cancers, cannot be cured, because cured is not defined and cannot be tested for these illnesses. If you cure your obesity, there is no proof. Most medicines treat symptoms, and do not cure any illness. Illnesses caused by a lack of healthiness can only be cured by treatments that are healthy, only by treatments that are not drugs. It is possible, as a result, for alternative or conventional medical practitioners, or even patients, to cure these illnesses – with health. But because cured is not defined for these illnesses, and curing with health is not recognized by any medical authority – the cure will not be recognized. It doesn’t count.

There are many people who claim to have cured healthiness illnesses, like diabetes, cancers, Parkinson’s, etc. But there are no tests for cured for these diseases. Diseases can be diagnosed – but cures cannot be diagnosed.These cures are ignored.

There are medicines for symptoms, but there are few cures in modern medicine. Cures don’t count in modern medicine. If you cure your illness, even an incurable illness, your cure is ignored. You simply disappear from the system. It you try to publicize your cure, you will be viewed as a quack. After all – everyone knows that diabetes, cancer, arthritis, obesity, Parkinson’s, cannot be cured.

If you cure your illness – any illness that cannot be cured with a drug, your medical insurance will not pay for the cure. It’s not on the list, therefore it cannot cure, therefore you will not be reimbursed.

For more information on this phenomenon, please see my previous article, The Case of the Incredible Disappearing Cancer Patients!

What kinds of doctors do cure?

Many doctors claim to cure. Naturopaths, chiropractors, homeopaths, Ayurvedic doctors, Traditional Chinese Medicine practitioners often claim to cure illnesses. Not every illness, not every case, but they do claim to cure in some cases. They are consistently, and easily ignored, even when specific cures are claimed. It is not possible to prove a cure for any disease unless it was caused by a parasite. Cured is not defined and cannot be tested. Do these doctors cure? How often do they cure? Which illnesses do they cure? How do they cure? We will not know until we put ‘cure’ back into the dictionary, and study cures scientifically.

It is trivial to define cure, to create a useful definition of cure.

Cure: to stop the progress of an illness by addressing the cause.

The common cold is defined, by medicine, as incurable, because it cannot be cured with medicines. But it is frequently and easily cured with health and time – healthier people cure their colds faster, people who are less healthy get more colds, and they last longer.

Health is the best cure, the only true cure. – The Healthicine Creed.

To your health, Tracy

“It is simply no longer possible to believe much of the clinical research that is published, or to rely on the judgment of trusted physicians or authoritative medical guidelines. I take no pleasure in this conclusion, which I reached slowly and reluctantly over my two decades as an editor of the New England Journal of Medicine” 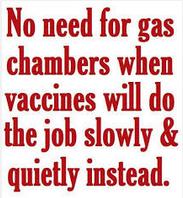 This entry was posted on August 26, 2016 by HKW in Uncategorized and tagged Cures, Dead Holistic Doctors Tell No tales, Medicine, The Doctor Has No Cures!, The Wealth Care Conspiracy.