Largest US Aid Package in History Going to Our Overlord, Israel

America has worn-out, even dangerous infrastructure, with shot-to-hell highways and bridges; outdated and crowded public schools; outdated and past their safe operating age nuclear power plants to got rubber-stamped for continued usage–can you say Fukushima?–an overloaded electrical grid one hot Summer away from rolling brownouts and so many wounded vets the VA hospitals are past capacity, most of whom got that way fighting Israel’s dirty wars, yet we’re always told there’s no money for these crucial needs, but Congress has all sorts of money to give to that nation of back-stabbers, thieves, bigots, murderers, racists and liars?

Remarks by National Security Advisor Susan Rice at the American Jewish Committee Global Forum…link to transcript. If you have a strong stomach for treason and some serious Jew ass-kissing by the incompetent klutz and traitor, Susie Rice.

“There’s a unique, unusual relationship between the US National Guard and the Israeli Home Front Command. I walk around [in the US] in my IDF uniform — proudly, I should add — and I’m the only foreign officer here.”

The only foreign posting of the United States National Guard Bureau is at the headquarters of Israel’s Home Front Command, in Ramle, an ancient town in central Israel where Col. Alicia Tate-Nadeau, 49, has been embedded with Israeli forces for two years.

The National Guard Bureau and Israel’s Home Front Command are ostensibly bodies that handle only internal matters. But they have each made an exception for the other: their relationship spans almost every area of activity, including 31 joint events in fiscal year 2013, according to Rose Richeson, the National Guard Bureau spokeswoman.

So much for the American National Guard, who’s main mission is to protect the home front, not deploying overseas to kiss Israeli ass.

Maj. Max Goldenberg, the Israel Defense Forces officer in charge of international cooperation for the Home Front Command, declares somewhat sternly that Israel’s relationship with the United States “stands above the level of cooperation with every other country.

Yes, it’s the ‘cooperation’ between the Occupier, Israel, and the occupied, the USA. Thought the NG was supposed to be our first-line of defense/help when the feces hits the rotary oscillator here in the USA, but that was shown to be a lie when they couldn’t even adequately respond to the horrific damage caused by Hurricane Katrina, since most were deployed to Iraq, fighting one of the many Zionist wars for Israeli land theft.

While her speech today at the American Jewish Committee Global Forum included some vague criticism of ongoing Israeli settlement expansion, as usual that will have no impact on US policy, as National Security Adviser Susan Rice centered the speech on pledges of a record military aid package being agreed to soon.

The aid package, which Rice reiterated would be the “single largest military assistance package – with any country – in American history,” is expected to be between $37.5 and $40 billion over the next decade, which Rice said proved increasing aid to Israel isn’t a partisan issue in the US, but “an enduring American interest.”

The US had initially offered a $40 billion deal which required the Israeli government to promise not to lobby the US Congress for more money during the 10-year plan, but this was rejected by Netanyahu. Other offers, in the realm of $35 billion but without the restrictions, have similarly been spurned. 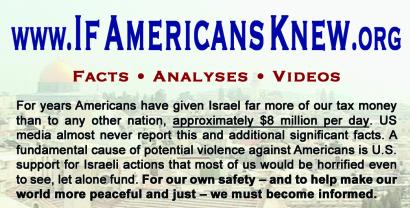 Imagine that. Get offered 40 BILLION with no strings attached and Betty Nuttyahoo turns it down..Only to get offered a bigger load of free money and weapons. Like the F-35, which Israel will take apart, copy the systems worth stealing, then build those in an Israeli defense plant and sell to nations like Commie China. Like they’ve already done with our stealth technology. 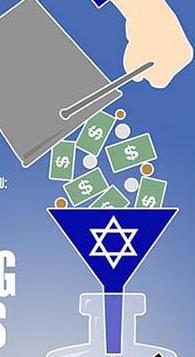 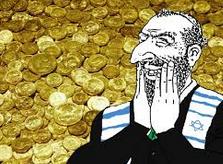 All of this for the nation, Israel that masterminded the 9/11 False Flag? Time to intervene with some good American oak and American made hemp rope!

The Generals and Admirals Program to Israel

Wonder how long it takes to get that nasty taste of Yid feces off their lips?

Keep in mind that these ‘training’ programs aren’t about training as they are about Israel putting its best face forward and getting chummy with their GOY slaves, who will be expected to keep fighting and dying for those endless ‘Wars for Wall Street and Israel’ so the Khazar land thieves can steal more ME territory.

American paratroopers train with IDF’s Egoz unit in Israel…so they’ll be able to learn from Israel’s vast knowledge of murdering civilians when taking over an area that Israel wants to steal for their Eretz Israel project. Like Deir Yassin..

A large scale training exercise held in Israel this week saw 173 American paratroopers and hundreds of fighters from the IDF’s elite Egoz unit, participating in joint invasion drills and getting to know each other.

The officer added that the forces avoided holding shooting or fitness competitions between the sides. The American solders “did Shabbat” at Nevatim Airbase, visited Masada and Jerusalem, and held a running competition in a Druze village in the north..

What, no trip to Holocaust™ land where they could get regaled with six million lies? Guess not, since they didn’t have enough wealth to become a target for donations.

Diary Of A BDS Skeptic
By Brother Nathanael Kapner

This entry was posted on June 12, 2016 by HKW in Uncategorized and tagged $40 billion deal, Ameircan Congress robbing US taxpayers, US aid package to Israel.