NWO agents and Satan worshipers are largely responsible for the refugee crisis and have carefully plotted that coup in Europe by indirection.

“Brothers, let us congratulate each other for creating chaos in Syria and letting Europe and America pay for it. If the world has not figured out who we are, too bad. Michael told them that ‘creative destruction is our middle name,’ and they still has not gotten a clue?”

Let us cut to the chase. The Syrian refugee crisis,[1] which has already created protracted violence and fraying tensions in Europe and elsewhere,[2] was carefully planned and executed by NWO agents and Satan worshipers to destroy Europe and America.
This is indeed an extraordinary claim. But fasten your seatbelt and put your thinking cap on because we are going to deal with serious geopolitical and metaphysical issues.
First of all, we need to lay out some incontrovertible facts. In 2013, at least 17 countries in Europe and America agreed to accept refugees from Syria and elsewhere. By 2015, countries like Germany, France, Sweden, Hungary, England, Austria, Switzerland, Belgium, Serbia and Kosovo, Netherlands, Norway, Greece, Poland, Denmark, Bulgaria, Spain, Finland, Italy, etc., have already received more than two million asylum applications from Syria, Iraq, and Eritrea.[3] The U.S. has recently agreed to accept at least 10,000 Syrian refugees.[4] Australia plans to accept at least 12,000.[5]
Moreover, more than four million Syrians have already left Syria.[6] That’s enough to create a country within a country. In fact, there are some countries that have less than 2 million people. It gets even more interesting: “Half of the 23 million population of Syria have been forced from their homes, with four million becoming refugees in other countries.”[7]
European officials, who ought not to be oblivious about the political ramifications, are even urging other nations in Europe to take more refugees.[8] Angela Merkel—bless her heart—has announced that Germany is expecting at least 800,000 refugees this year alone.[9]
Angelina Jolie—who has a history of prostrating before the Dreadful Few for money, power and fame for decades—has recently gotten into the act by saying, “At no time in recent history has there been a greater need for leadership to deal with the consequences and causes of the global refugee crisis.”[10] In a similar vein, Oscar and Academy Award winning celebrity Emma Thomson has insisted that Britain is racist for not accepting more refugees.[11]
European Commission President Jean-Claude Juncker, who was congratulated by members of the Dreadful Few for being the next President of the European Commission,[12] even urged Europe to call for “mandatory refugee quotas.”[13] “We are talking about Human beings,” he said, “we are not talking about numbers.”[14] Not only that, refugees, says Junker, “has the right to work from day one”![15]
If at least 2 million people have to work from day one, what will happen to the existing order? What will happen to the average man who is trying hard to bring food to his wife and kids? What will happen to the thousands upon thousands of people who still cannot find jobs in an economic bubble in places like Greece? Well, they will have to phase out.
Furthermore, keep in mind that those refugees are not acquainted with the law of the land.[16] And if they have the right to work from day one, then much of Europe will have to go through a swift but steady process known as extinction.
Which brings us again to a central point in our discussion here: NWO agents and Satan worshipers are largely responsible for the refugee crisis and have carefully plotted that coup in Europe by indirection.
Remember the genius of New World Order agent Michael Leeden? As we saw in precious articles, it was Leeden who made this politically frightening statement:
“Creative destruction is our middle name [Obviously he is talking about the Dreadful Few here], both within our society and abroad. We tear down the old order every day, from business to science, literature, art, architecture, and cinema to politics and the law.
“Our enemies have always hated this whirlwind of energy and creativity which menaces their traditions (whatever they may be) and shames them for their inability to keep pace … We must destroy them to advance our historic mission.”
Leeden wanted to take down Iraq, Iran, Syria, and any country[17] that did not like the so-called democracy which the Dreadful Few have forced upon the United States. In order to do that, Leeden proposed the “Leeden doctrine,” which simply states that “every ten years or so, the United States needs to pick up some small crappy little country and throw it against the wall, just to show the world we mean business.”[18]
So, Iraq was one of those “small crappy” countries. Ledeen moved on to postulate that the level of casualties in the Iraq War were “secondary. It may sound like an odd thing to say. But all the great scholars who have studied American character have come to the conclusion that we are a warlike people and that we love war.”[19]
If people are to be treated as instruments or subjects, then what is Leeden’s political ontology here? Well, Leeden is unflinching: ideology, lies and fabrications, and indeed perpetual wars at any cost ought to be our intended purposes and guiding principles. In plain language, geopolitical chaos is what Leeden looking for.
Keep in mind that Leeden was one of the people who promoted the falsehood that Saddam Hussein had bought uranium in Niger,[20] though Leeden later denied any involvement in propagating the lie.[21] By 2013, Leeden wrote, “The Putin-Khamenei-Assad alliance has proven durable because it rests on both ideological and strategic objectives, and their main enemy is the United States.”[22] Leeden moved on to perversely and indirectly argue that Russia, Iran and Syria are terrorist states.
So, Leeden wants to see “creative destruction” in the Middle East, but this is not without several detrimental repercussions. What are some of those repercussions? Keep reading.

“Yes, I am telling you to stop killing, even though I enjoy teaching children about killing in my professional life. More importantly, I am honored to have the opportunity to sexualize America and much of the world. That is how I make millions of dollars.”
Now, consider another New World Order agent by the name of Barbara Lerner Spectre, founding director of Paideia, the European Institute for Jewish Studies in Sweeden. In a widely televised program, Spectre declared long before the Syrian war:
“Europe has not learned how to be multicultural, and I think we [the Jews] are going to be part of that transformation which must take place. Europe is not going to be the monolithic societies they once were in the last century.
“Jews are going to be at the center of that. It’s a huge transformation for Europe to make and they are now going to be in a multicultural mode, and Jews will be resented because of our leading role, but without that leading role and without that transformation, Europe will not survive.”

If “Europe is not going to be the monolithic societies they once were in the last century,” how did Spectre plan to deconstruct Europe’s social fabric? Well, Spectre saw “multiculturalism” as a weapon.

So, when the war in Syria ensued a few years ago, Spectre was almost certainly glad. As we all know, one of the indirect consequences of wars is that they force people to migrate to different regions of the world.

Just listen to this evil bastard! 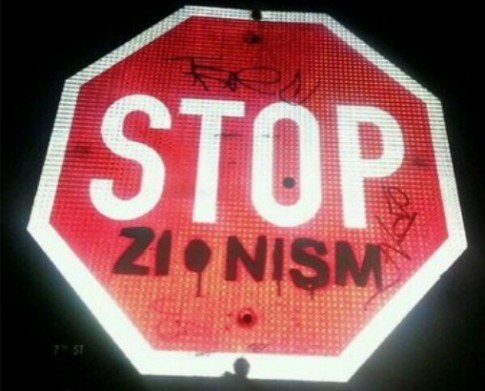 This entry was posted on September 24, 2015 by HKW in Refugees and tagged Europe, European destruction by illegal immigration, Zionism, Zionists War on White Europe.