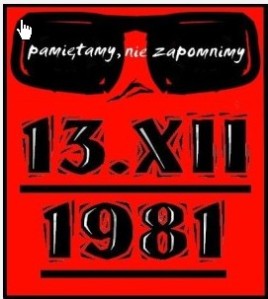 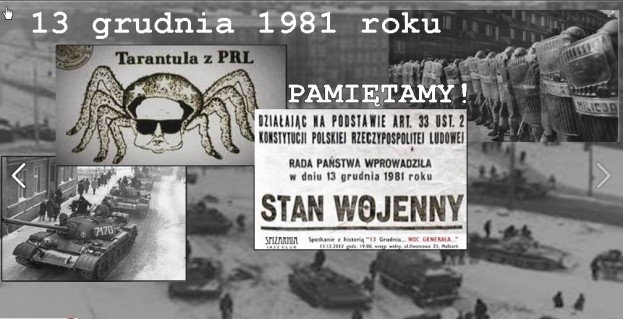 On a cold and snowy Sunday morning on December 13, 1981 the Poles woke up to find their country under Martial Law (literally – The State of War or “stan wojenny”). The Martial Law was imposed by the Military Council for National Salvation lead by, then, prime minister Gen. Wojciech Jaruzelski and consisting of 20 other high ranking military officers.
The WRON declared Martial Law to “defend socialism”. They felt threatened by the members of the first independent trade union behind the Iron Curtin – the Solidarity (Solidarnosc). The Solidarity had been founded only 18 months earlier, in August of 1980 after several weeks of strikes. The workers had gone on strike to protest poor living conditions and lack of independent representation. With the birth of the Solidarity hopes were high that the new trade union would help to pressure the government to introduce economical reforms and ease restrictions. The government quickly realised that the Solidarity was a threat to the system. Several road blocks were created to derail the Solidarity but the union seemed to grow stronger. The situation made the Soviets very worried and they, on he several occasions, pressured the Polish government and the Polish Communist Party (PZPR) to de-legalised the Solidarity. For the Polish government it soon became apparent that the union was too strong and far too popular to simply de-legalize it. A drastic action was need to oust the Solidarity, so martial law was imposed.
The Constitution stated that martial law could be imposed for defence or national security reasons. The Constitution allowed the State Council (Rada Panstwa) to impose a martial law while the parliament (Sejm) was not in session. Although the parliament was in session, the State Council headed by Henryk Jablonski unconstitutionally passed the law under pressure from the military. Only one member of the Council, Ryszard Reiff, voted against the resolution. The vote took place in the early morning hours of December 13 while Martial Law was under way: people arrested, restriction imposed. The State Council merely rubber stamped the decision of the military that took over the control in the country.
Thousands of Solidarity leadership and activists were arrested and imprisoned without court sentence. Among those arrested was Lech Walesa, the legendary Solidarity leader. The WRON, in an obvious public relations stunt, also arrested some prominent figures from the previous government.
The borders were sealed, airports were closed and road access to main cities was restricted. Travel between cities required permission. Curfew was imposed between 10 pm and 6 am. Telephone lines were disconnected. Mail was subject to censorship. All trade union and other independent organisations were de-legalised. All TV and radio transmissions were suspended (except one government TV channel and one government radio station). Public administration, health services, power generation stations, coal mines, sea ports, train stations, and most of the key factories were placed under military management. The employees had to follow military orders or face a court martial. Classes in schools and at universities were suspended.
From the early morning hours the only TV channel and the only radio station transmitted Gen. Jaruzelski’s address . The anchors wore military uniforms. Only newspapers controlled by the Communist Party or the military were published.
The Poles actively resisted the Martial Law by organising strikes and street marches, but any resistance to the Martial Law was brutally crushed. On December 16, 1981 the police killed 9 striking coal miners at the Wujek Coal Mine in Katowice. The Poles continued to oppose the WRON – many Solidarity members worked underground. They established, the so called, Revolutionary Solidarity and were involved in publishing independent newspapers, organisation of street protests, broadcasting radio programs usually cut off by the government jammers). Thousands were arrested and prosecuted.
Martial Law was suspended on December 31, 1982 and terminated on July 22, 1983. Some of the restrictive legislation introduced during the martial law remained in force through the end of the eighties. The failure of the WRON and the ruling Communist Party became clear in 1989 when the Solidarity won by a land-slide in the first free election after World War II.
No-one who lived in Poland between 13 December 1981 and July 22 1983 will forget the imposition of martial law under General Jaruzelski.
With the declaration of martial law, Jaruzelski ordered the army and special police units to seize control of the country, apprehend Solidarity’s leaders, and prevent all further union activity. In effect, Jaruzelski executed a carefully planned and efficient military coup on behalf of the beleaguered and paralyzed the PZPR.
The general later claimed that he acted to head off the greater evil of an imminent Soviet invasion; detractors dismissed this explanation as a pretext for an iron-fisted attempt to salvage party rule. In any case, the junta suppressed resistance with a determination that cost the lives of several protesters, and by the new year the stunned nation was again under the firm grip of a conventional communist regime.
Under martial law, Jaruzelski’s regime applied draconian restrictions on civil liberties, closed the universities, and imprisoned thousands of Solidarity activists, including Walesa. During the succeeding months, the government undid much of Solidarity’s work and finally dissolved the union itself. Official pressure overcame repeated attempts by Solidarity sympathisers to force the nullification of the December coup. By the end of 1982, the junta felt sufficiently secure to free Wałęsa, whom it now characterised as the “former leader of a former union.” After gradually easing the most onerous features of the state of emergency, Warsaw lifted martial law in July 1983, but Jaruzelski and his generals continued to control the most critical party and government posts.

It has been later revealed that Lech Wałęsa had collaborated with the Secret Service of the Communist regime.
Antoni Macierewicz on 4 June 1992 disclosed a list of the names of 64 persons holding the highest political positions in the country, including that of President Lech Wałęsa, as former collaborators of the Secret Service. Beginning from that moment, Krzysztof Wyszkowski has been systematically collecting information relating to whether or not Lech Wałęsa had been in collaboration with the Secret Service of the Communist regime. As a result of his research, the Respondent became absolutely convinced that Secret Collaborator (T. W.) “Bolek” was indeed Lech Wałęsa.
The circumstances of Lech Wałęsa’s alleged collaboration with the Secret Service (SB) emerged again at the turn of 1995/96, after Lech Wałęsa lost the presidential election, and the Minister of the Interior Zbigniew Siemiątkowski began to investigate the theft of secret government documents, which showed evidence that Lech Wałęsa, between 1970-76, was treated by the authorities as Secret Collaborator (T.W.) “Bolek”.
In December 1996 the Prosecutor launched an investigation concerning a functionary of the Office for State Protection[1], who in 1992 delivered to Lech Wałęsa, upon the latter’s request, the files on the agent with the pseudonym “Bolek” containing the original documents. After the file was returned, it was established that many documents were missing. The investigation was discontinued. The case had been subject to wide interest among the public and was extensively covered by the Press.
On 9 June 2005 Krzysztof Wyszkowski declared that he knew that in the 1970s Wałęsa had collaborated with the Secret Service (SB) and was remunerated for his services.
He made his statement as a journalist based on documentary as well as personal materials, as well as on the statements of well-known historians and persons who had direct access to the original documents related to the case. He believed that hiding the fact of Wałęsa’s collaboration with the Secret Service limits and distorts the public debate, which was incredibly important for a nation state in the process of developing its independence and social organisation. 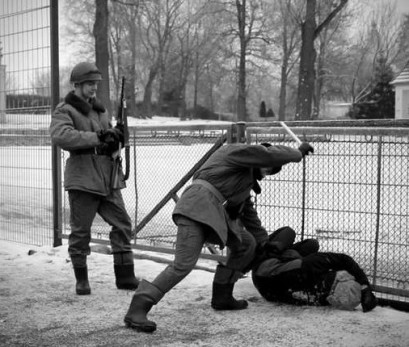 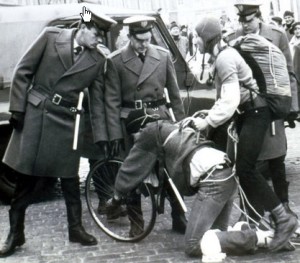 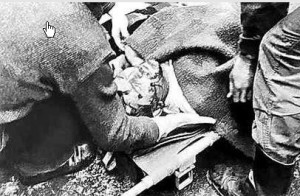 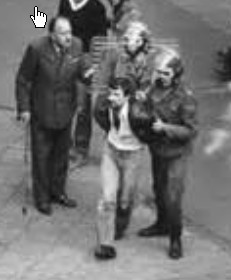 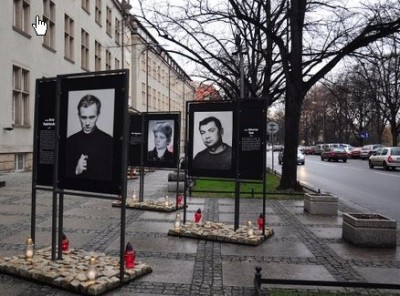 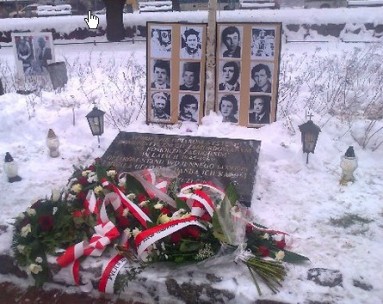 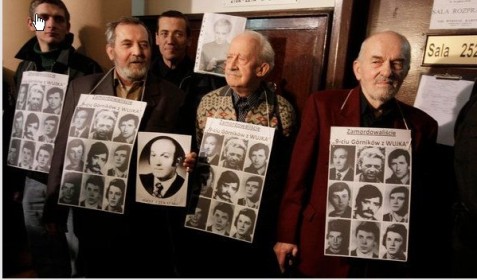 Sadly, the ‘camouflaged’ Khazars strongly embedded themselves into the Polish native landscape and lifestyle infiltrating into every political movement, taking over prominent positions and suppressing the freedom of native Poles, enslaving the hard working nation.

Time to expose them!
Time to get up from our knees!
Time to drop the heavy chains!
Time to claim our country back!
Time to come FREE!!!